Amplify Creations announced their partnership with publisher Rising Star Games to bring Decay of Logos to Switch, PlayStation 4, Xbox One, and Windows via digital retailers. The game is scheduled to launch sometime in Autumn 2018 (Spring 2018 in the Southern Hemisphere). Decay of Logos is a third-person action RPG designed to challenge the player. Amplify Creations cites Dark Souls, The Legend of Zelda, and Shadow of the Colossus as inspirations for Decay of Logos.

First demoed at ComicCon Portugal in 2014, Decay of Logos is set in a world influenced by European folklore, J.R.R. Tolkien and Princess Monoke. Decay of Logos features a massive world and deep lore that would make Tolkein proud. Players take on the role of an unnamed girl and her mystical Elk on a quest for revenge after her village is destroyed by an evil prince. As the pair explore the world, they soon discover that the truth behind the attack isn’t so simple. 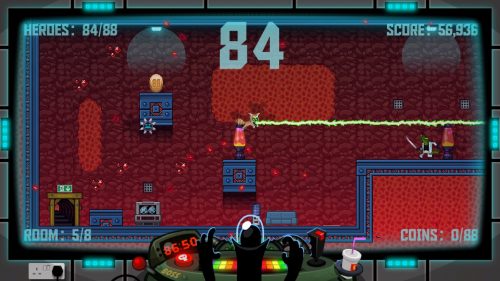