As consistent as a FIFA game, the next Call of Duty title will launch in its usual October window. This year is Treyarch’s turn, and they will be returning to their Black Ops universe with Call of Duty: Black Ops 4. The new game is set to launch on Friday, October 12 for PlayStation 4, Xbox One, and Windows.

Treyarch and Activision are currently being stingy with details about the game, but have promised a full reveal during a community event on May 17th.

The announcement came with two videos, a longer one consisting of metalworkers cutting out the Black Ops 4 logo out torches and a shorter teaser trailer. The teaser trailer makes reference to a nuclear first strike within 24 hours and a state of DEFCON 2. Viewers can get a glimpse of the numbers that plagued Alex Mason in the first game. The teaser trailer also features shots of Nazi zombies, an RC-XD blowing up some unidentified soldiers, and some footage of near future soldiers in the style of Black Ops 3. How this all adds up will likely be revealed in May. 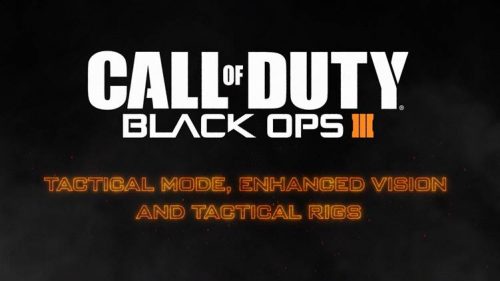