Action RPG veterans NeoCoreGames is looking to create a fresh take on the long running action RPG genre with Warhammer 40,000 – Inquisitor: Martyr. The game currently features three classes, a persistent world, the first act in the campaign, and a variety of randomly generated missions. We had a chance to test out the new 0.7.0 update on Steam Early Access that introduced some massive changes to the game.

Warhammer 40,000 – Inquisitor: Martyr is set in the Caligiri Sector. The Inquisitors, the secret agents of the Imperium, have been sent to investigate a distress signal from an ancient fortress monastery. Currently, the early access build has the first act of the campaign, randomly generated mini-campaigns, and a bit of miscellaneous lore. So far, the writing is decent. The dialogue tends to be on the shorter side, which keeps the game moving at a quick pace. Those looking to delve a little deeper can find and read a variety of logs, notes, and messages left in game. As a person with little experience or knowledge of the Warhammer 40,000 lore, I found myself a little lost at times with the game’s setting. The Imperium’s religious-based system is unique, but it also makes it hard to understand at times. I hope NeoCoreGames adds a little more story content to the first chapter to better explain the setting before the game leaves early access. 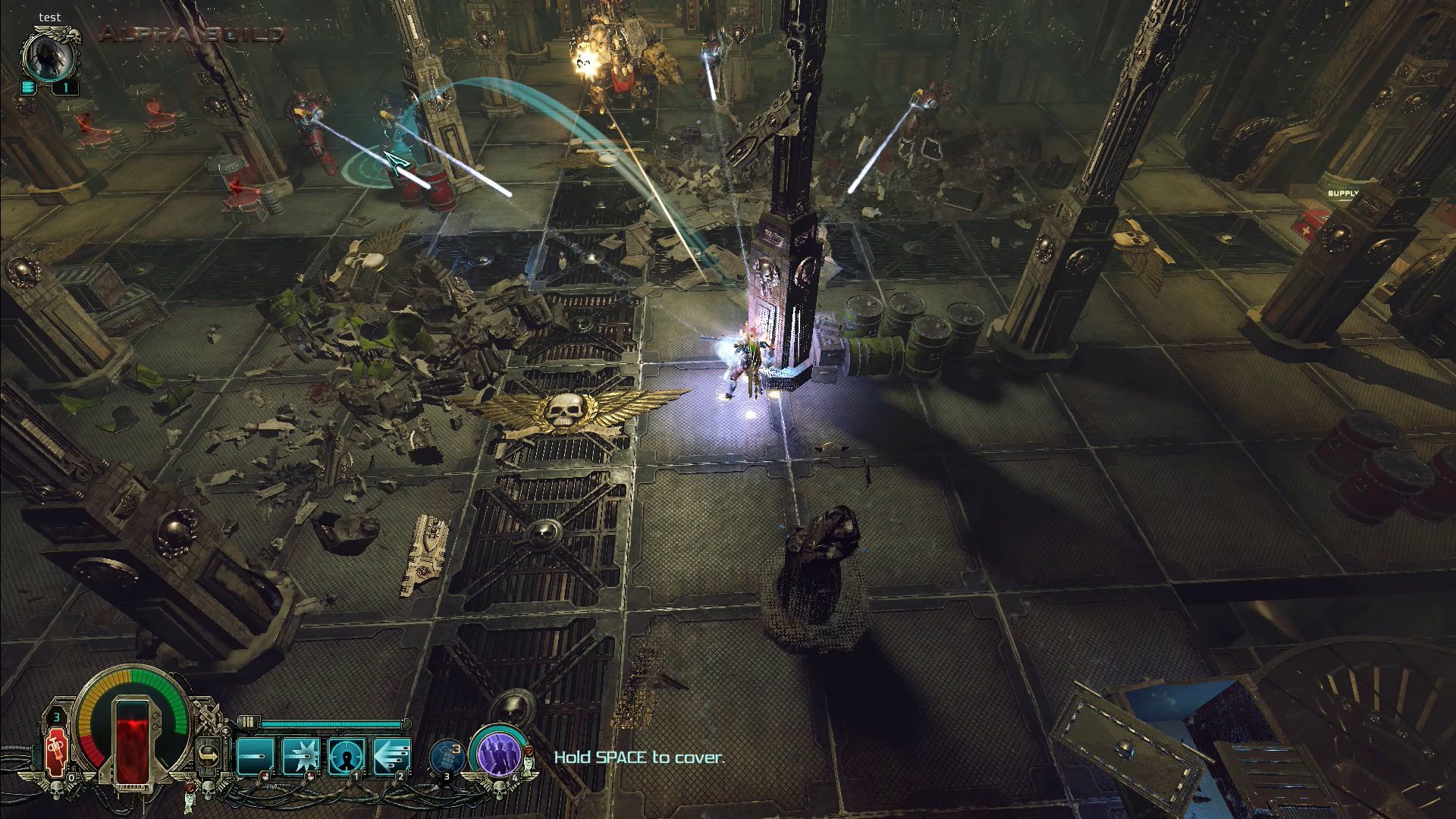 Warhammer 40,000 – Inquisitor: Martyr has a novel levelling system that is perfect for the alt-aholics out there. Players level both their character and their account at the same time. The account level grants points for skills and attributes for each character, while the character level dictates the item level of dropped equipment. I think it’s a great balance that gives players a sense of progression when they start a new character, while getting them into high end content quickly if they have a high level main. The system will really shine if NeoCoreGames chooses to create more classes for the game.

The classes are entertaining so far. The Crusader is the warrior. He’s heavily armoured and excels at close ranged combat, though can wield ranged weapons just as well. The class is probably the friendliest to newbies as cover is less important when in melee range and being able to absorb damage after missing a telegraphed attack makes the game very forgiving. On the other hand, the Assassin class is a squishier, high DPS rogue specializing in guns, dual wielding swords, and high mobility. The most difficult of the bunch is without a doubt the new Psyker class. This mage keeps players on their toes by having them juggle multiple mechanics at once. Since the mage is neither mobile like the Assassin or tanky like the Crusader, players need to be careful with their positioning. To further complicate matters, most of the Psyker’s abilities generates warp instability. As the Psyker becomes more unstable, the greater the chance a warp anomaly will spawn to plague the Psyker with a variety of debuffs. 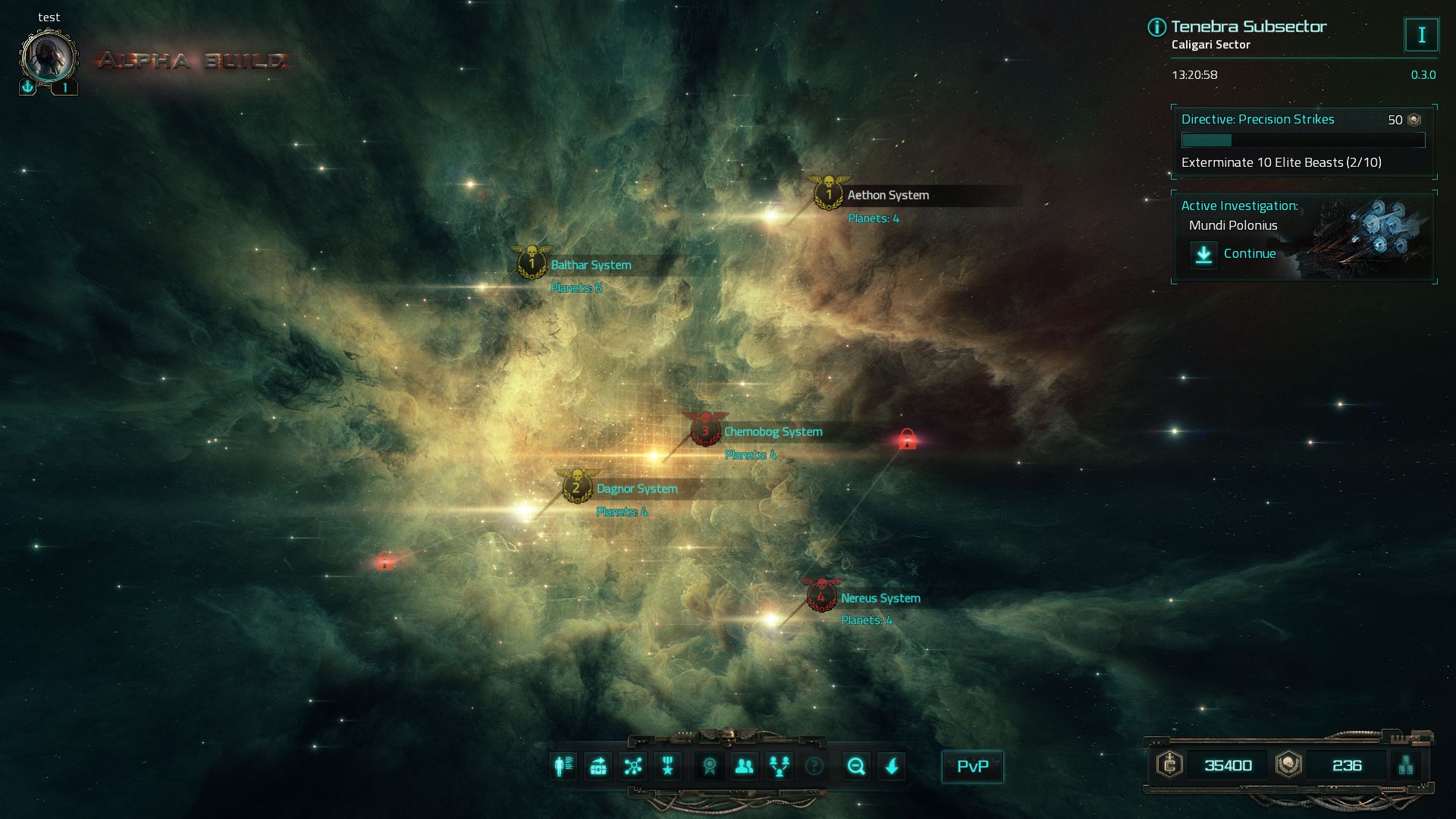 Combat in Warhammer 40,000 – Inquisitor: Martyr tempers the faster pacing of an action RPG with the tactical positioning of a cover shooter. Characters have two damage pools, health and suppression. Health is self-explanatory, lose all of it and die. Players have three lives to complete most missions before it is game over. The suppression system on the other hand is tied to the game’s status effects. The higher the level of suppression, the more likely the character will suffer from debuffs. The cover system is the best way of dealing with suppression and health damage. It’s implemented well for the most part, but I do wish the game gave some sort of indicator when cover will interfere with a shot.

Instead of having large levels connected together like a traditional action RPG, Warhammer 40,000 – Inquisitor: Martyr opts for a shorter mission system that rewards players with a guaranteed box of loot at the end of the mission. It gives the game a bit of a free-to-play MMO feel, but the shorter nature of mission allows the game to generate mini-campaigns called Priority Assignments that add more continuity to the missions outside of the game’s hand-made story content. 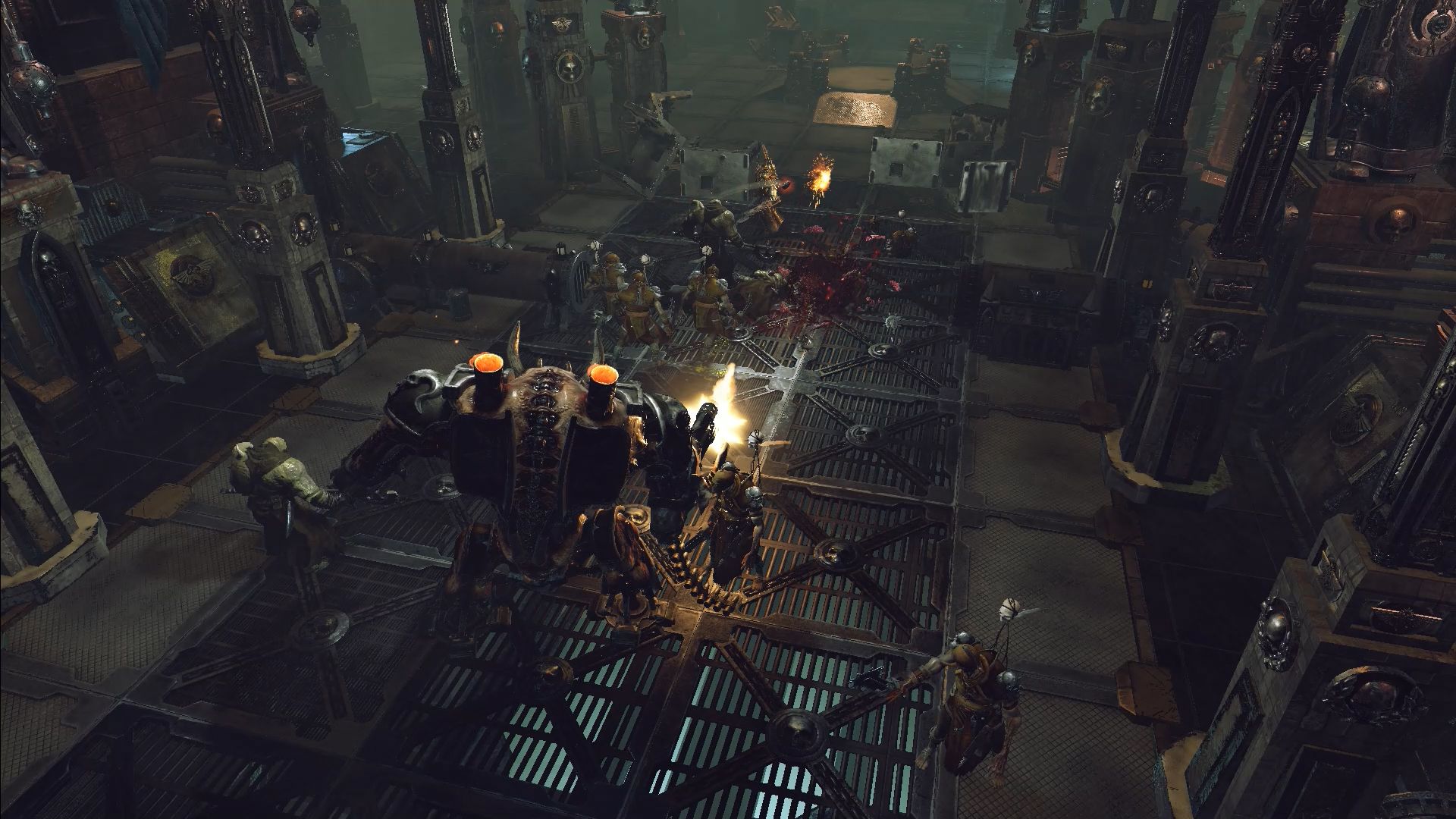 The audio/visual presentation in Warhammer 40,000 – Inquisitor: Martyr is decent so far. The sound effects and soundtrack are enjoyable. The voice acting is clearly incomplete right now, but what is there is passable. The graphics is gritty and gory, though there is still a bit of optimization work to be done between now and release.