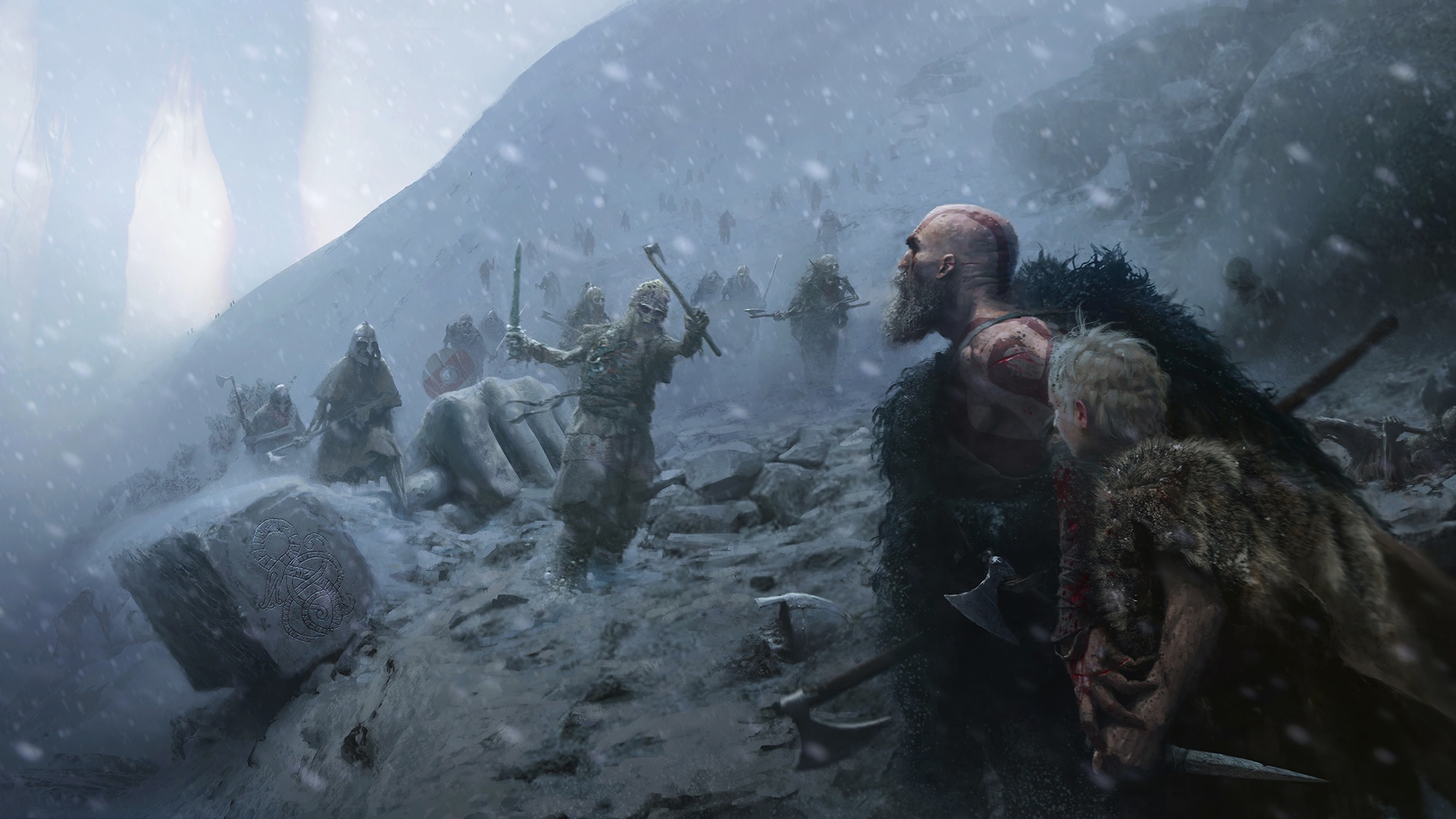 A new trailer for the upcoming God of War title on the PlayStation 4 was revealed by Sony and Santa Monica Studio during the PlayStation Media Showcase at Paris Games Week. A little over two minutes in length, the video focuses heavily on showing off the game’s combat system as Kratos and the young boy Atreus face off against different creatures and see something known as a Soul Eater.

We also see a bit of how Atreus will be able to support Kratos in combat as he can perform various stuns and even perform some tag-team attacks to help take down any type of enemy. You can check out the video below and keep an eye out for God of War when it is released on the PlayStation 4 sometime in early 2018.