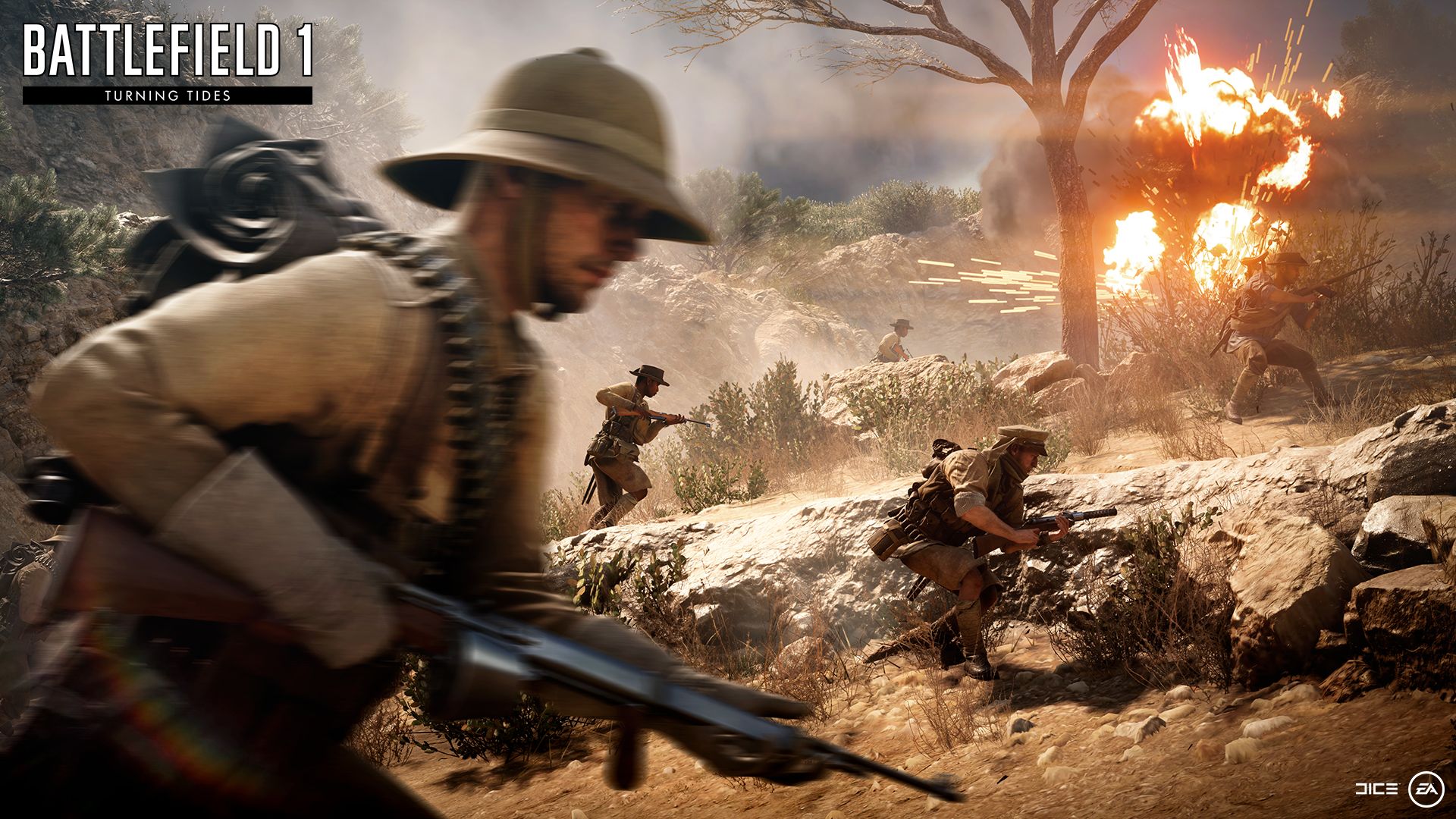 EA announced that the third Battlefield 1 expansion “Turning Tides” will be a two part release, with the first wave launching for Premium Pass holders on December 11. The first wave will contain the bulk of the expansion’s content. It will contain two maps, Cape Helles and Achibaba; the L-Class destroyer; six firearms; two melee weapons; and a new operation set during the 1915 amphibious invasion in Gallipoli. Since Premium Pass holders get a two week head start on expansions, “Turning Tides” will be available for purchase on its own starting December 25th. The second wave of content will be released some time in January, adding two new maps, the Royal Marines faction, and the C-Class airship. The January maps are Zeebrugge and Heligoland Blight.

EA had a few more announcements up their sleeve. First, Frontline mode is coming to Suez on November 27th. The next operation campaign will be Fall of Empires will run from November 22nd to December 6th. Additionally, EA will be running a free trial of the two previous expansions for Battlefield 1. “They Shall not Pass” and “In the Name of the Tsar” will be free to play from November 22nd to December 4th and again from December 8th-10th.

Play Online in Battlefield: BAd Company 2, and Get A Medal of Honor Early