THE XBOX STAY N’ PLAY OPENS ITS DOORS THIS NOVEMBER 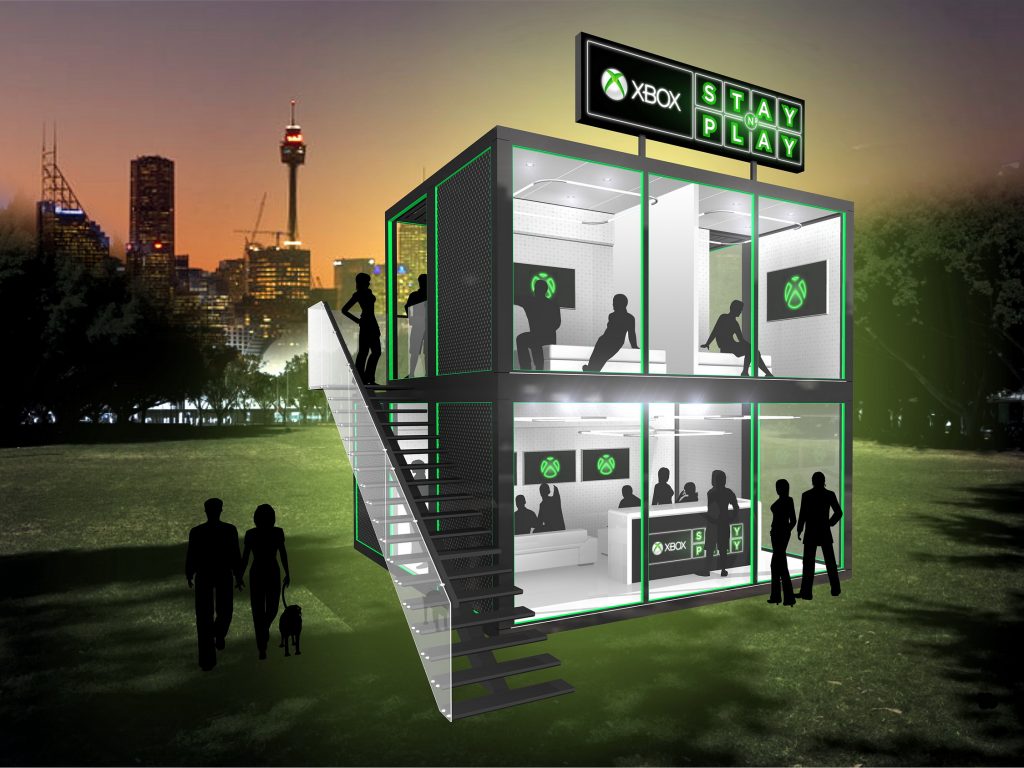 SYDNEY, AUSTRALIA – October 25, 2017 – As fans around Australia prepare for the launch of the world’s most powerful videogame console on November 7, Xbox Australia has announced plans to open the doors to the Xbox Stay N’ Play – a boutique, gaming-themed sleepover experience that will give its guests unhindered access to the Xbox One X, days before its official launch.

Situated in front of the iconic Sydney skyline in Pirrama Park, Pyrmont, the first-of-its-kind establishment will open its doors to fans from Friday 3rd November until Sunday 5th November, with four suites themed around some of the biggest and most popular games available on the console – including Forza Motorsport 7, Assassin’s Creed Origins and Minecraft.

Once guests check in using their Xbox Gamertag (or create a new one on site), guest services and amenities include:

Reservations are now open, with overnight accommodation available on a first come, first serve basis, with check-in at 8pm and check out the following morning at 8am. Suites will also be available for daytime usage with fans able to book a two-hour slot for them and a friend.

With demand for sleepovers expected to be high, the Xbox Stay N’ Play will also feature a lobby offering walk-in gameplay from 8am until 8pm each day.

Microsoft (Nasdaq “MSFT” @microsoft) is the leading platform and productivity company for the mobile-first, cloud-first world, and its mission is to empower every person and every organization on the planet to achieve more.