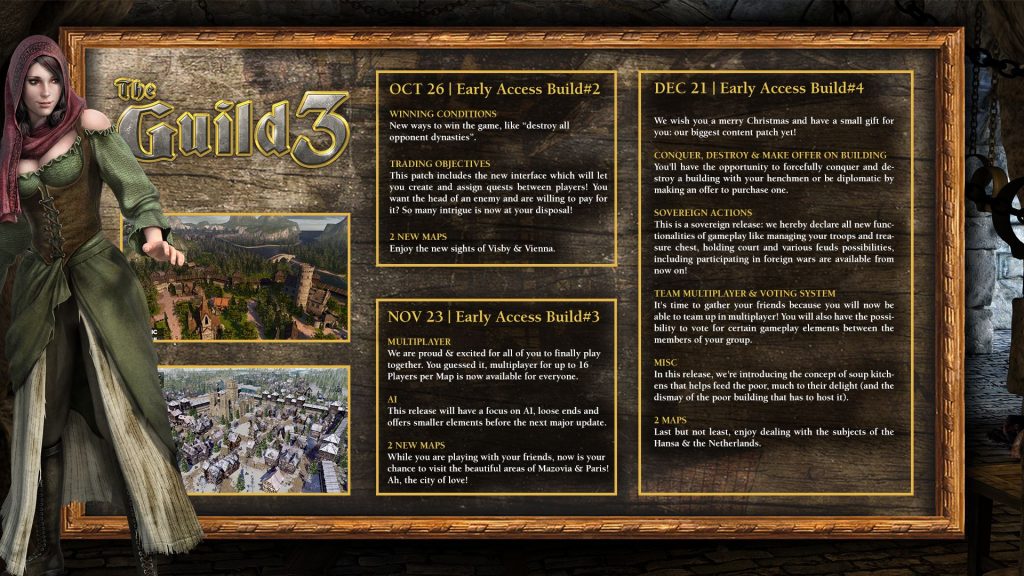 THQ Nordic has released The Guild 3 early access preview on Steam and GOG. The game is the latest chapter in the long running medieval life simulator. The Guild 3 lets players establish their own family dynasty that will work their way up from being humble peasants to powerful merchants who command power and respect from the society around them. Players will be able to join organizations like the Freemasons and The Alchemist Guild to secure their family’s future. While not yet supported in the current early access build, the game will eventually feature multiplayer modes.