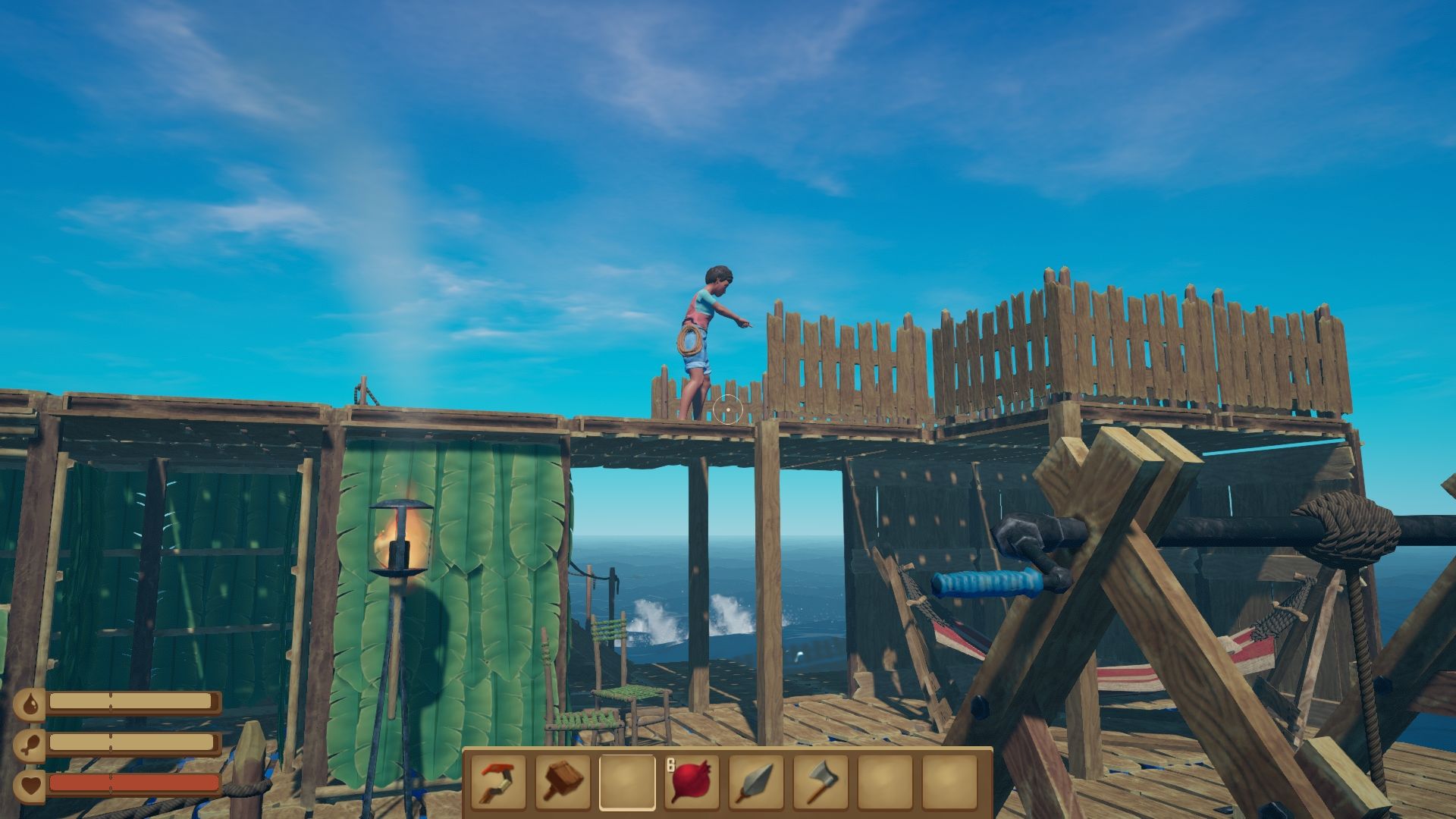 Indie developers Redbeet Interactive announced today that they will be partnering with Axolot Games (Scrap Mechanic) to publish Raft on Steam. The game’s alpha build is currently available for free on indie games store itch.io, where it quickly gained popularity among streamers and shot up to five million downloads. Raft is currently scheduled to hit Steam Early Access in 2018 and will introduce support for co-op multiplayer.

Raft puts a spin on the popular survival genre by putting them alone or with friends on a raft in a vast ocean. Players are forced to fish out debris that floats by and dive into the reefs to increase the size of their raft and turn it into a floating outpost, complete with farms and housing. But beware, hungry, human eating sharks swim circles around the raft, waiting to catch survivors unaware for a quick snack.