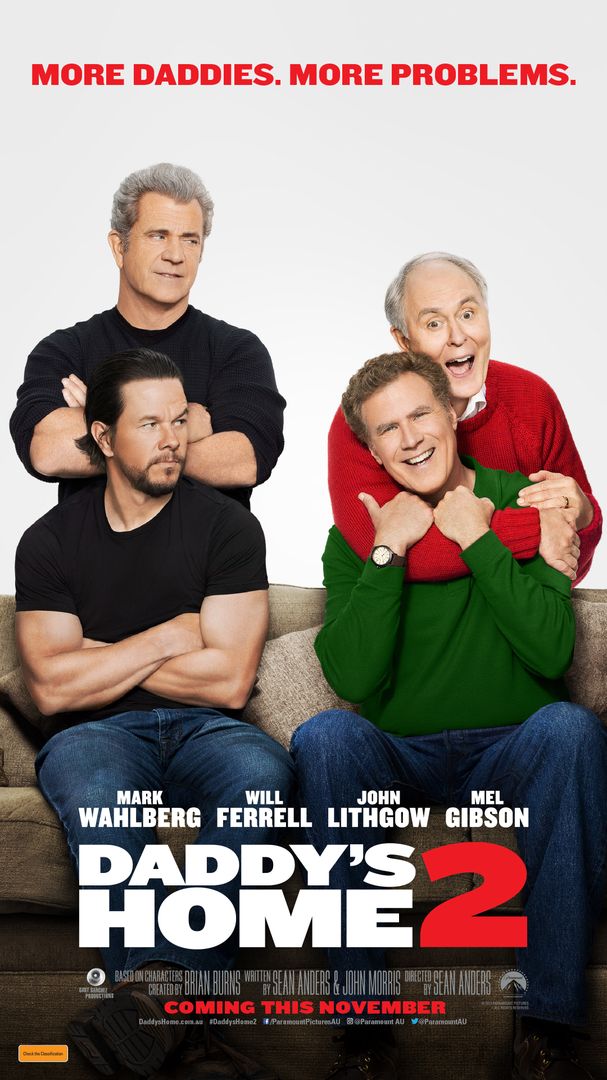 Paramount Pictures has released a brand new poster for the upcoming film Daddy’s Home 2. The poster perfectly captures the personalities of Brad (Will Ferrell) and Dusty’s (Mark Wahlberg) fathers. Brad’s super affectionate father is played by John Lithgow, while Mel Gibson takes on the role of Dusty’s hypermasculine, tough guy father. Gibson and and Wahlberg are clad in the same black shirt get up. Ferrell and Lithgow are matched in Christmas colours, a nod to the film’s holiday setting and possibly Ferrell’s lead role in Elf.

Daddy’s Home 2 follows Dusty and Brad as they attempt to give their children the best Christmas ever. Their plans are complicated when both their fathers decide to visit for the holidays. Daddy’s Home 2 is set to hit cinemas on November 23.

Will Ferrell & Mark Wahlberg Team Up Again in “Daddy’s Home” 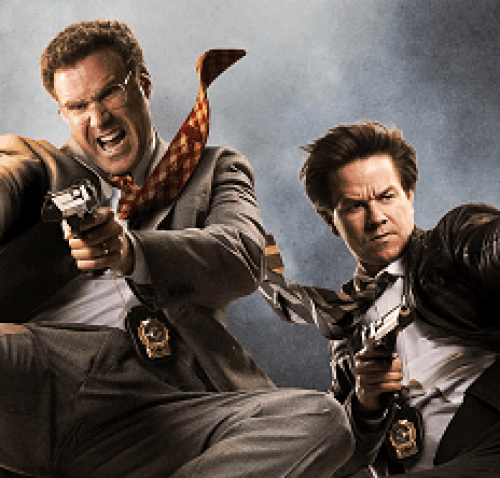 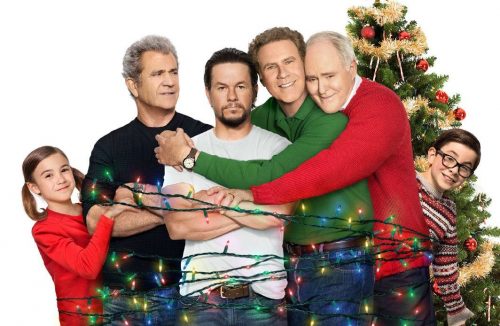