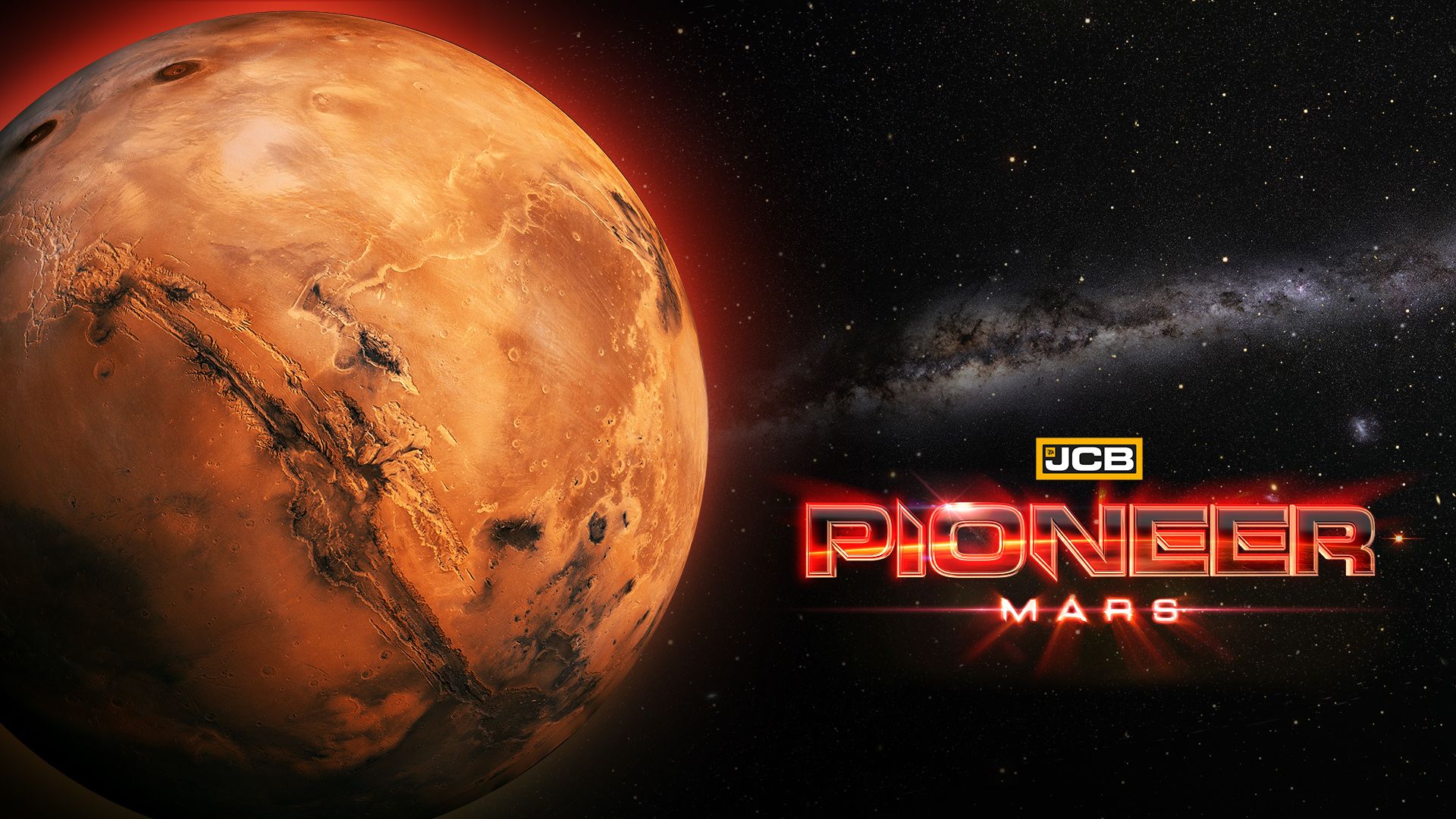 JCB Pioneer: Mars is a survival game that imagines what colonization on Mars may look like in the next several years. The game is a partnership between indie developers Atomicom, industrial vehicle manufacturer JCB, and European Space Agency astrophysicist Dr. Maggie Lieu. Using heavy construction vehicles designed specifically for the game by JCB, players will need to build the first colonies on a harsh Martian environment that makes every effort to kill players at every turn. We had a chance to give the very first Steam Early Access build a test run to see what the Red Planet has to offer.

Dr. Maggie Lieu serves as the Atomicom’s technical advisor on JBC Pioneer: Mars. She helped the team create a digital Red Planet that holds similar hazards as the real one. She also lends her voice and likeness to the game’s digital assistant. There is not much writing in the game at this point, but what is there is written properly. Instructions are easy to understand and no major spelling or grammar errors stick out. 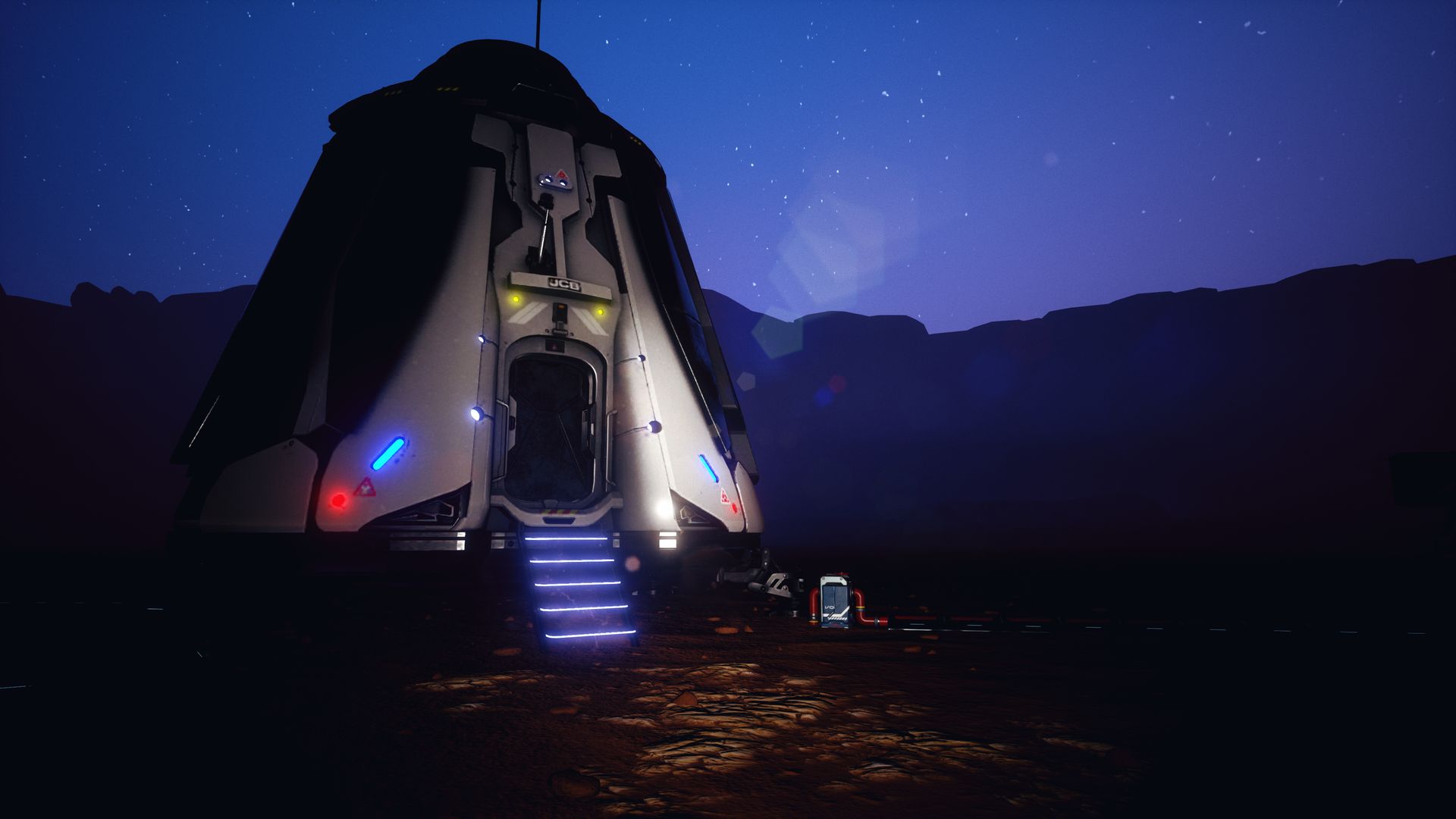 JCB Pioneer: Mars is still very early in development. Bugs are very much a part of the game and some major features like button configuration are missing, but the core gameplay elements of construction, resource gathering, and survival are present. Currently, JCB Pioneer: Mars can only be played alone in single player, with multiplayer support in the works.

Upon booting up the game, players crash land on Mars and wake up to a very lousy Martian morning. Players find themselves in the middle of a meteorite shower and must dodge incoming projectiles as they desperately run to the safety of their first vehicle. Once inside, players are soon introduced to their small colony that they will be growing over the next several hours. Surviving Mars is more than just having enough food, water, and oxygen. Besides meteorite showers, players will need to contend with environmental hazards like vicious dust storms, high radiation zones, lava, corrosive clouds, and lightning strikes that will kill or destroy any unprotected living being or machine that decides to linger. Beyond the heart pounding moments of the game’s initial moments, JCB Pioneer: Mars can be a surprisingly tame game. There are still some tense moments when players are stuck navigating through highly hazardous areas with dangerously low health, but those are usually situations players put themselves in. For the patient, figuring out safe routes through areas rife with environmental hazards is half the challenge. The game only supports the most challenging difficulty setting, with two easier settings planned. 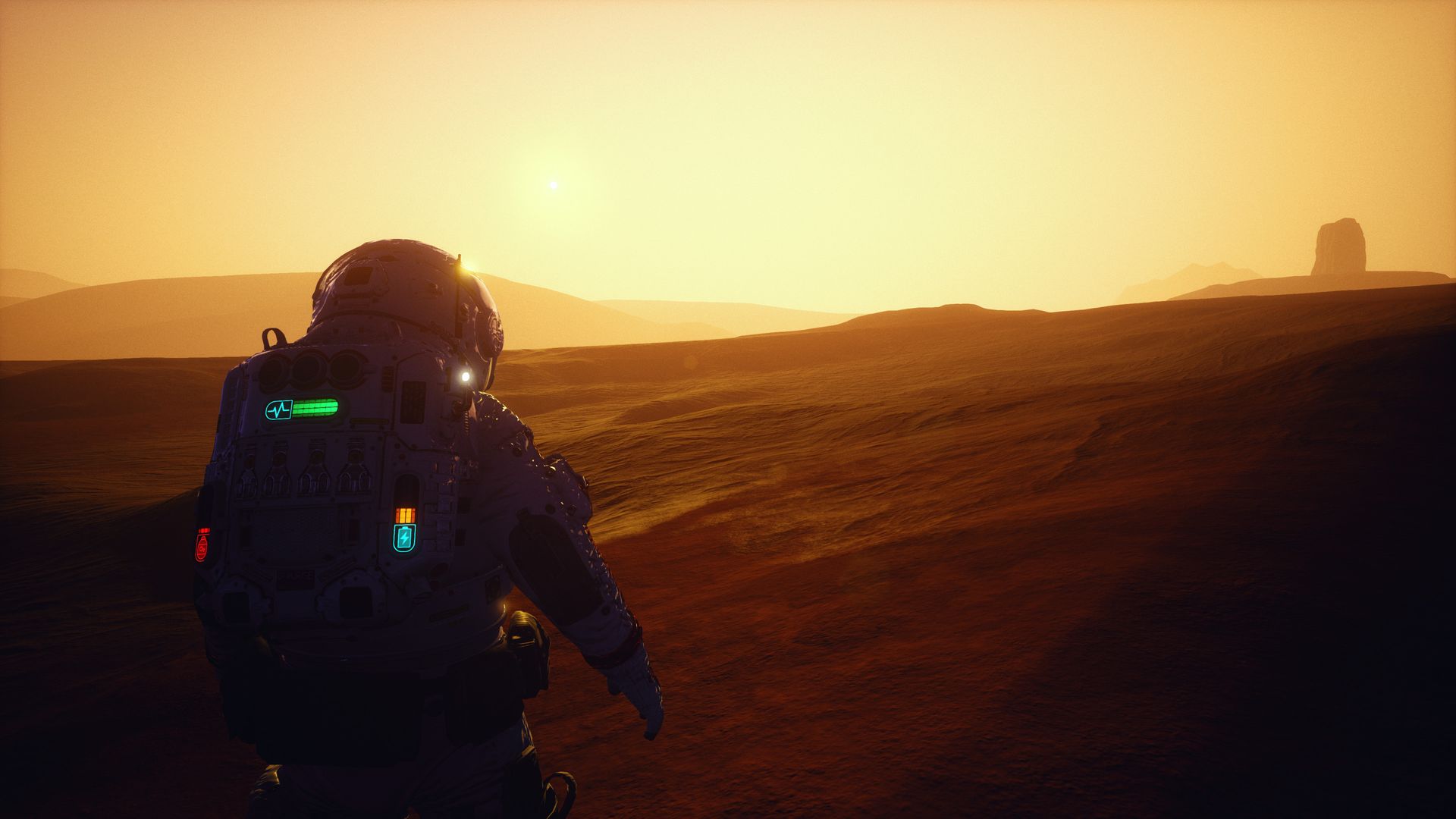 Currently, a short quest system that combines gets players off the ground by walking them through collecting the materials needed for building the essential elements for their colony.  The quests are very straight forward and direct players to the nearest nodes to dig up the necessary raw materials for their quest. Frustratingly, players will not have the same information when they decide to harvest material on their own. There is no way to figure out what the node will provide based on the texture. The map simply marks out previously scanned raw material nodes with the incredibly vague description of the node’s rarity. There is a decent tech tree to work through at the moment and the map

Colony management and expansion is a simple affair. Each unit in the colony needs to be wired to the rest of the colony to access power, water, and/or oxygen needed to function. The menus are extremely easy to navigate and setting up new buildings is painless.

Each vehicle is designed by JCB and has its own upgrade tree that consumes Research Points to unlock new upgrades for vehicles. New vehicles and upgrades are purchased with JCB points. Since each vehicle can only follow one path through a tree, players will need to assemble a small fleet of specialized vehicles as the game progresses. I like that the game is so generous with vehicles right at the start of the game. It makes JCB Pioneer: Mars unique among survival games. Also, using the vehicles is a hit of nostalgia. It’s like an adult, sci-fi version of the construction truck toys many of us played with as children. 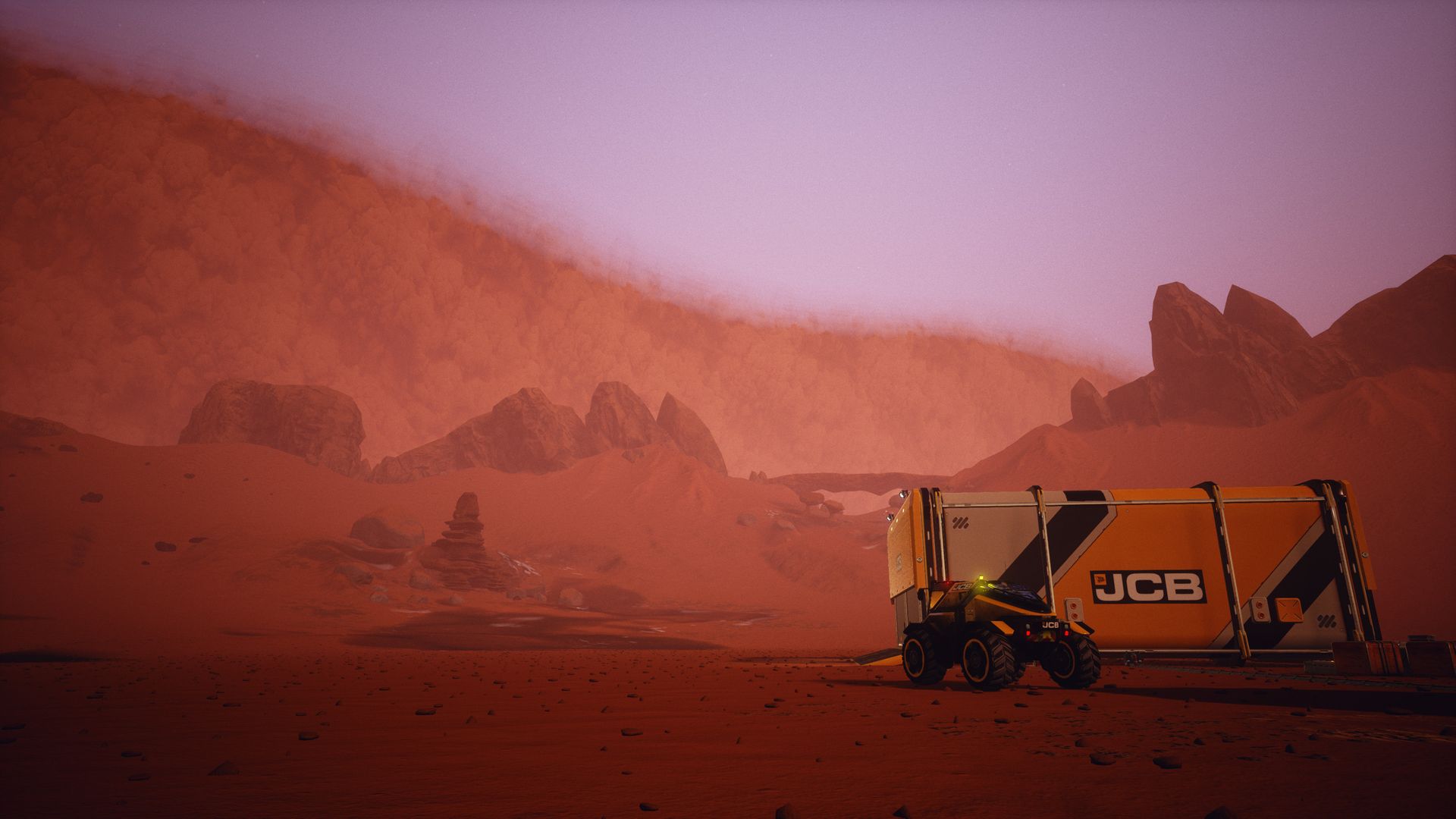 This brings us to one of JCB Pioneer: Mars’ biggest issues: branding. I get it. Indie development is a tough business. Most developers will lose money on their games and securing funding is hard when everyone and their mother has a crowdfunding campaign for their game. Atomicon is going a bit too far with the branding that it breaks the game’s immersion. The vehicles have their JCB branding which is about on the higher end of the standard branding for construction vehicles, but the branding seems to work its way into almost every corner of the game. Product and logo placements like the prominent Razer laptop in the habitat, the JCB mugs, and the JCB branded currency become so prevalent that it feels like gamers are paying for the privilege of being advertised to. Sure, JCB Pioneer: Mars isn’t the first game or the last that has gamers grappling with the issue of product placements and in-game ads, but JCB Pioneer: Mars is giving the previously existing boundaries a good solid push.

The audio/visual presentation is shaping up nicely. The art style is an excellent near future design that smartly mixes current technology with a sleek near future look. Mars is exactly how I would imagine it based on the mass of pictures sent back by probes. The sound effects are solid. I like the fact that most of the tutorial messages are narrated, and I hope they finish up the rest for the game’s final release. 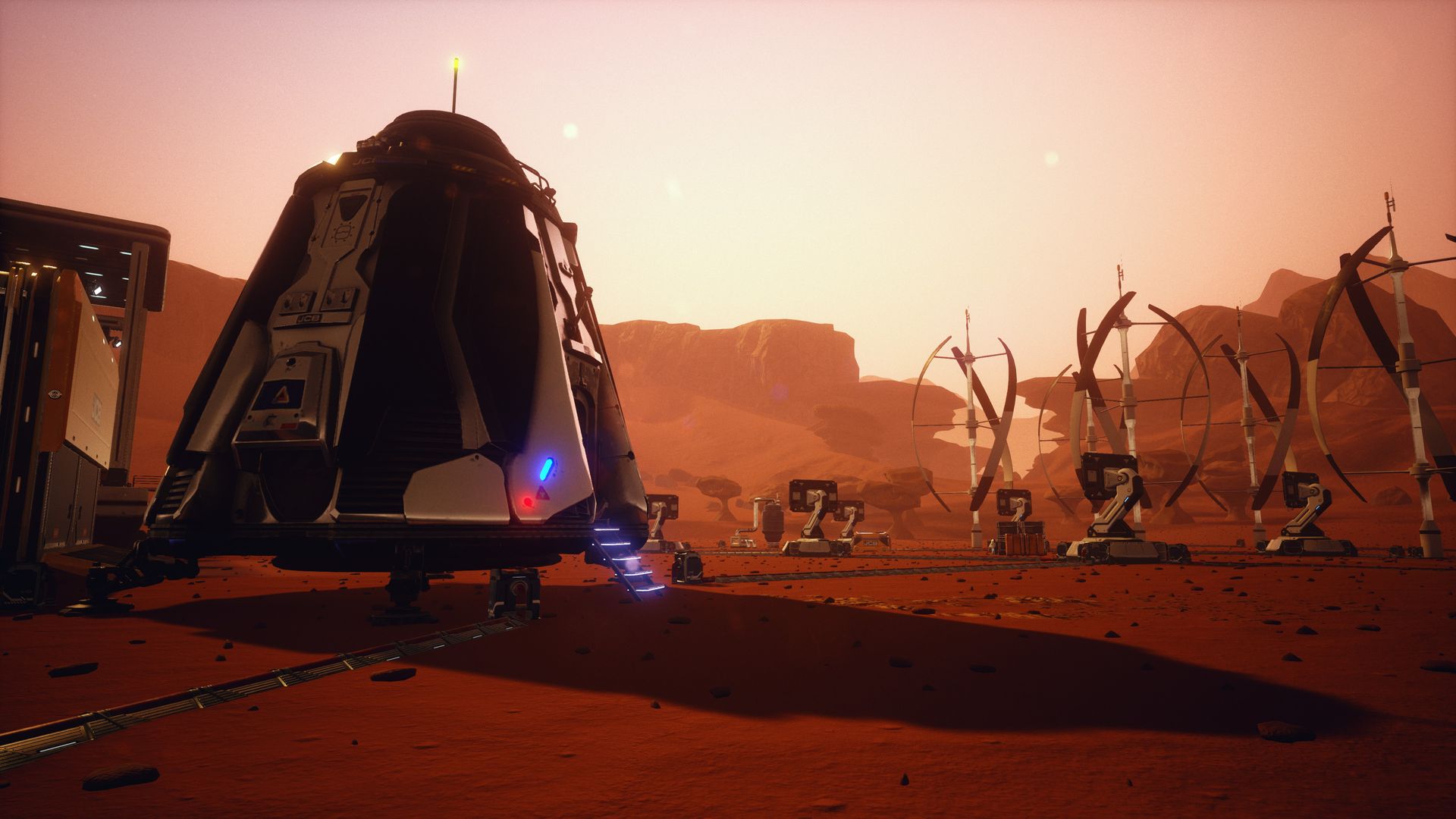 JCB Pioneer: Mars is the love child of survival games and construction vehicle sims. The addition of the heavy construction vehicles adds a unique twist to the game that will need to be leveraged to the fullest to distinguish the game from the crowded survival game space. There is plenty of development left to go before the game is ready for launch, but the basics building blocks for an very playable Early Access title are already in place. The biggest challenge for Atomicon still lays before them as they generate more content for the game, add new features, and implement the quality of life features that will keep gamers playing. 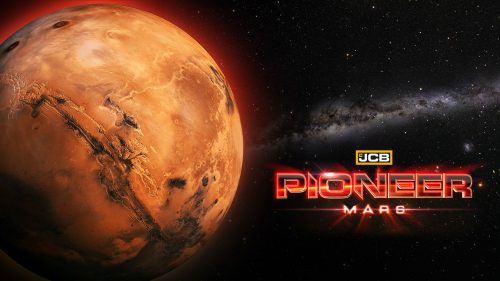