Aven Colony is the first game from Texas-based developers Mothership Entertainment, an outfit of four veteran game developers gone indie. Built on Unreal Engine 4, the game sends players to the distant planet of Aven Prime as the governor of the first human colony outside our solar system. Players will need to guide the development of their colony to ensure a happy, healthy, and productive colony in the face of mysterious alien life forms and hostile environmental conditions. We were able to get some hands-on time with a preview build of the game ahead of its full launch in the coming weeks to get a taste of what is to come. 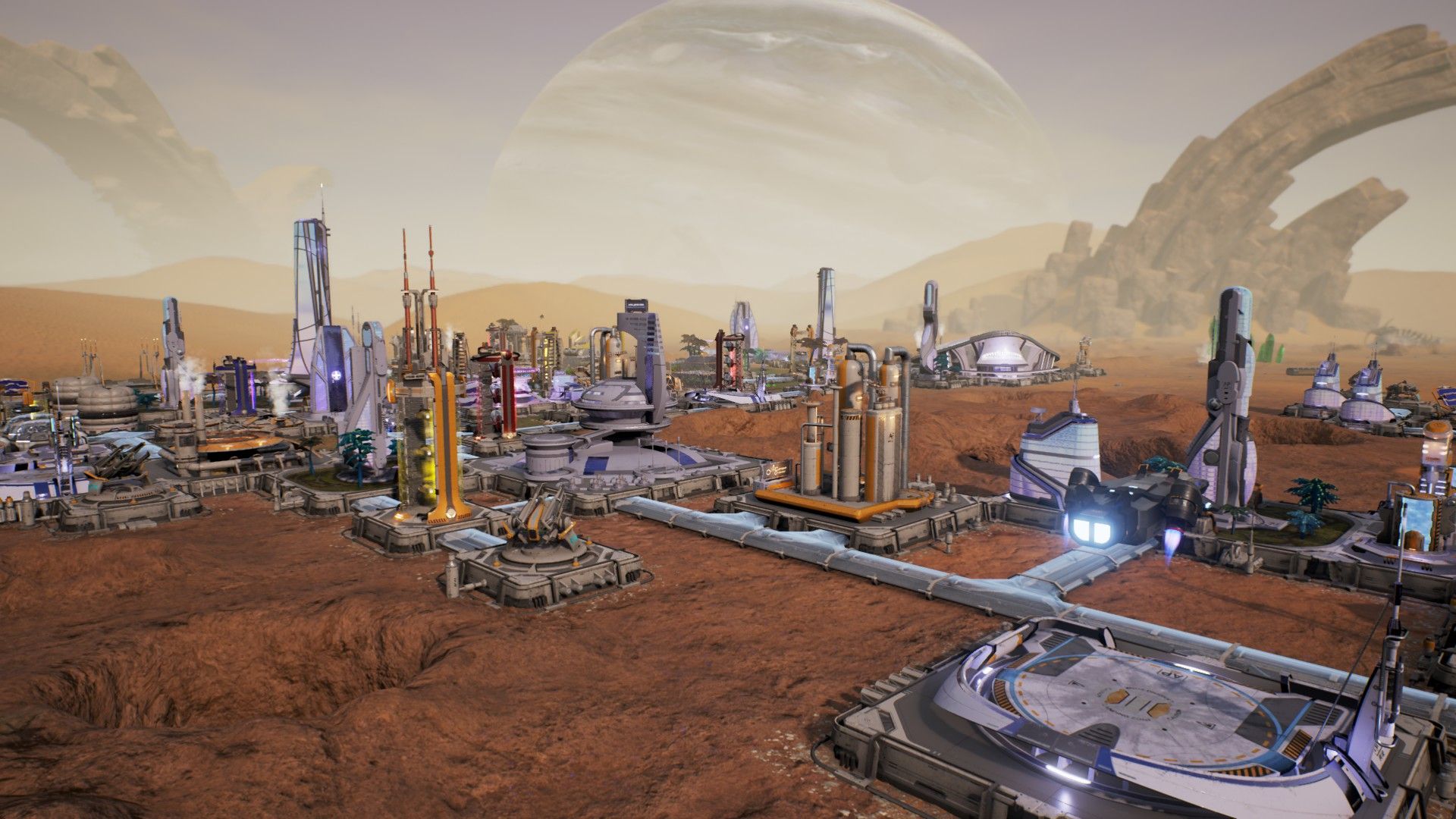 The campaign mode follows the exploits of a famed governor from Earth that has been brought to the new planet to set up the first permanent colonies outside the Solar System. The player provides a steady, though silent, hand at the wheel in the settlements so expedition teams can explore the new alien planet. Based on the preview build, the story is told through a series of transmissions between members of the expeditions and the administrators on the fleet. While I suspect there won’t be enough of a plot to write a novel, the story so far has been entertaining with some funny banter between characters.

Aven Colony is a city building sim with a few twists. Anyone who has played a recent Tropico or Anno titles will be well equipped for what Aven Colony has to offer. Players start off with a small lander module, a little bit of storage space, a construction drone, and a few solar panels to get the colony started. Nanites is the standard construction currency and must be acquired by processing metal or trading with orbiting ships. All buildings need adequate power to run. Colonists are a little fussier; once their basic need of food and water is met, players need to care for their general happiness by ensuring short commutes to work, clean air to breathe, safe places to live, and plenty of entertainment to enjoy. 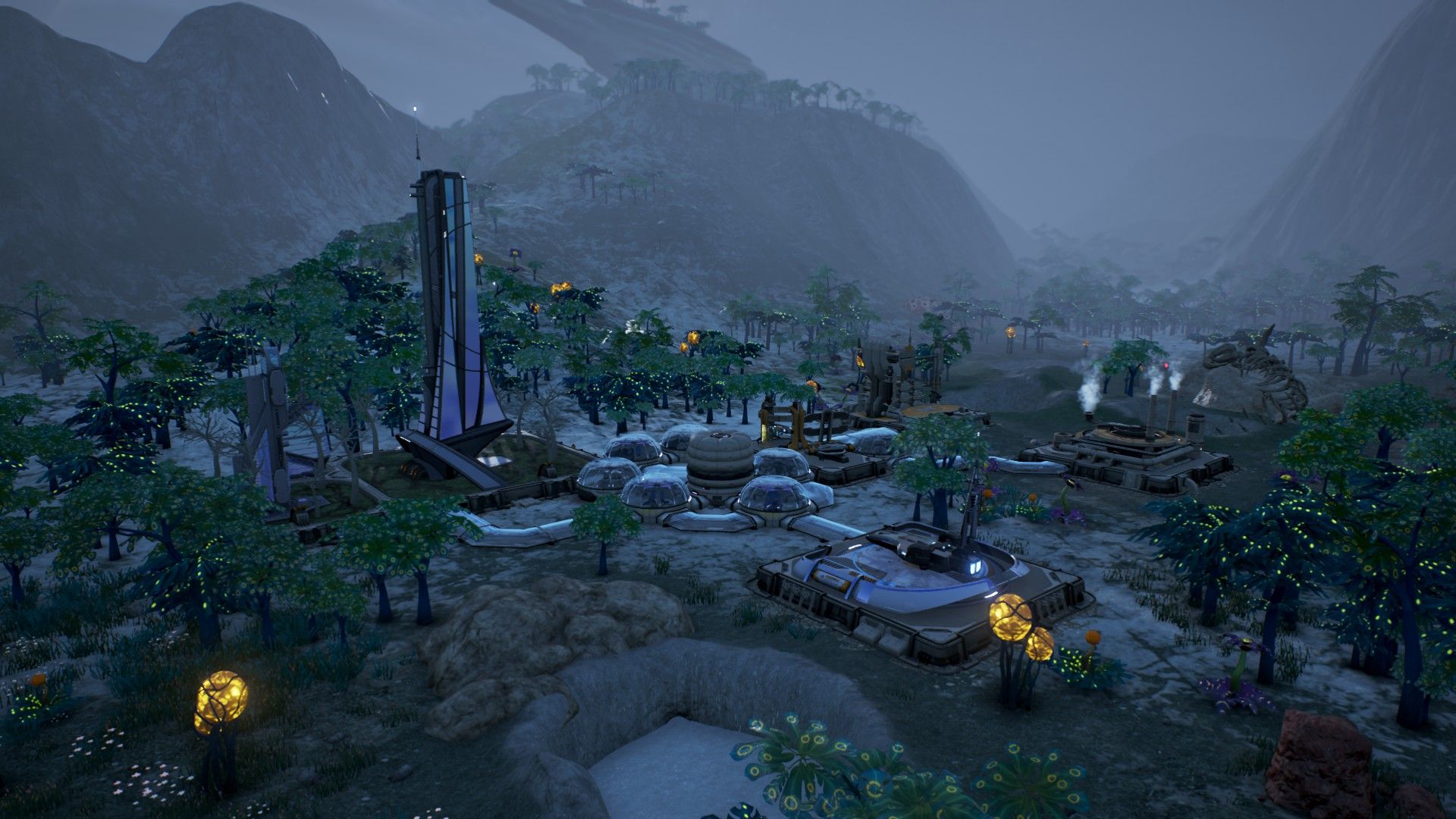 The population only grows with immigrants coming to settle in the colonies. It is a small blessing in disguise as it gives players control on how quickly their population grows. It would be a disaster to be surprised by a random child boom that results in being eaten out of house and home by a swarm of hungry teenagers.

Players have other options when it comes to controlling the population in hard times. Social edicts can be issued to put restraints on things like food consumption or power usage. Of course, these measures do not seem to be suited for the long term as restrictions make the populace cranky. Angry colonists will make their voices heard at the next election, voting no confidence in the player’s rule and booting the player out. 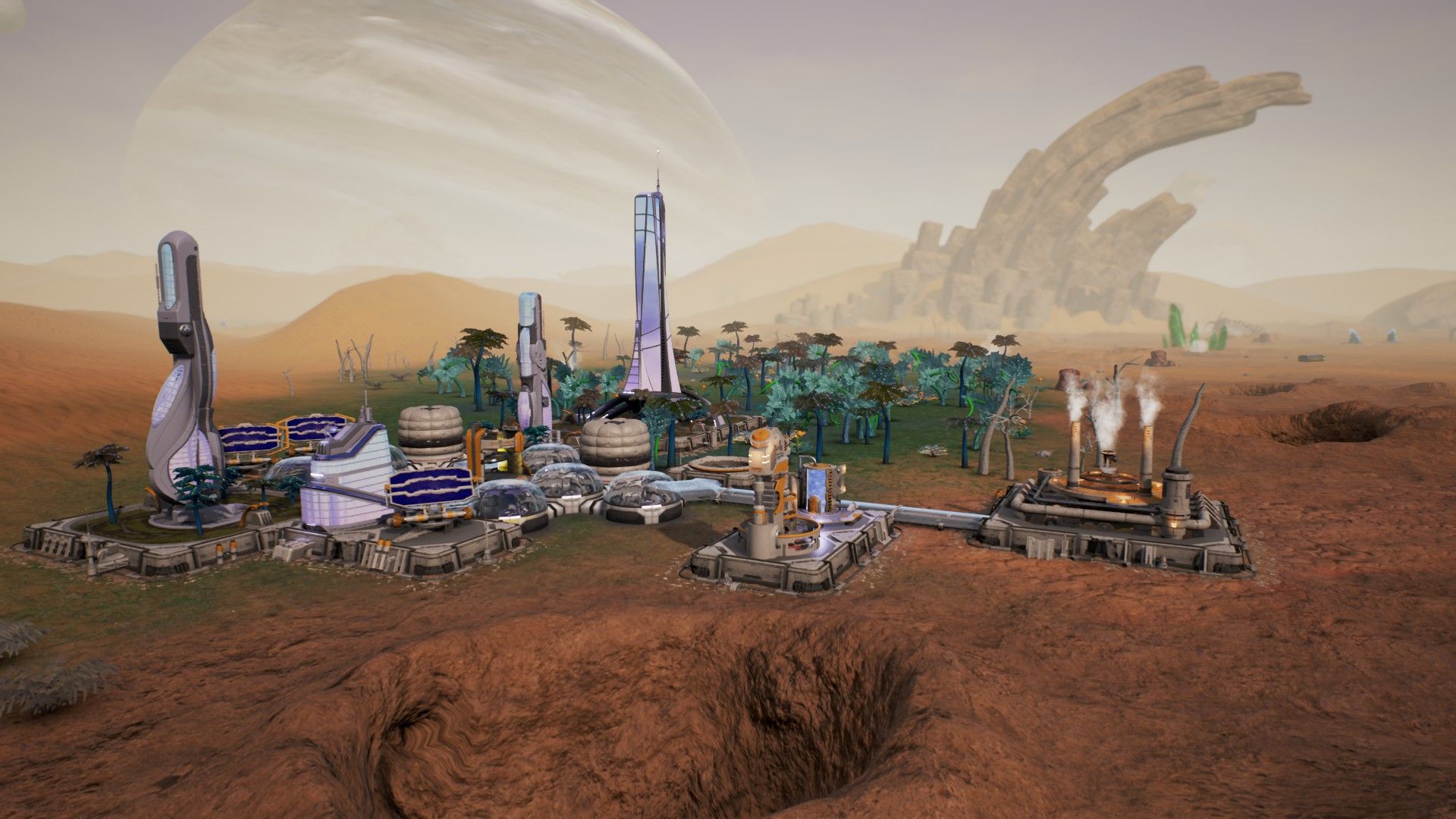 Days work a little differently in Aven Colony as one day is the equivalent to one full year, complete with changing seasons. There are only two seasons worth noting in practice, winter and everything else. Winter comes with some harsh penalties. Solar panels generate half the power they normally do, crops can only grow in greenhouses, and destructive lightning storms rain down from the heavens. Much like settlers of old, players will need to do a little preparation for the cold season, stocking up on food and building battery packs and lightning rods to protect the colony and cover any shortages of power. While the orbital stations can send an emergency pod with supplies, it is not enough to rely on.

The weather is not the only thing that is hostile on this new planet. Local hot spots happily belch toxic fumes if not harnessed by a geothermal generator. The local wildlife aren’t too thrilled about the new colonists either. Players will need to keep robots and hospitals on the ready to deal with plague spores looking to infect both buildings and people. Left to its own devices, the spores can spread like wildfire across the colony with crippling side effects. To deal with infections, players need to harden their infrastructure against spores, such as installing turrets to blast spore pockets away and avoiding intake fans that directly pump in air from the outdoors. 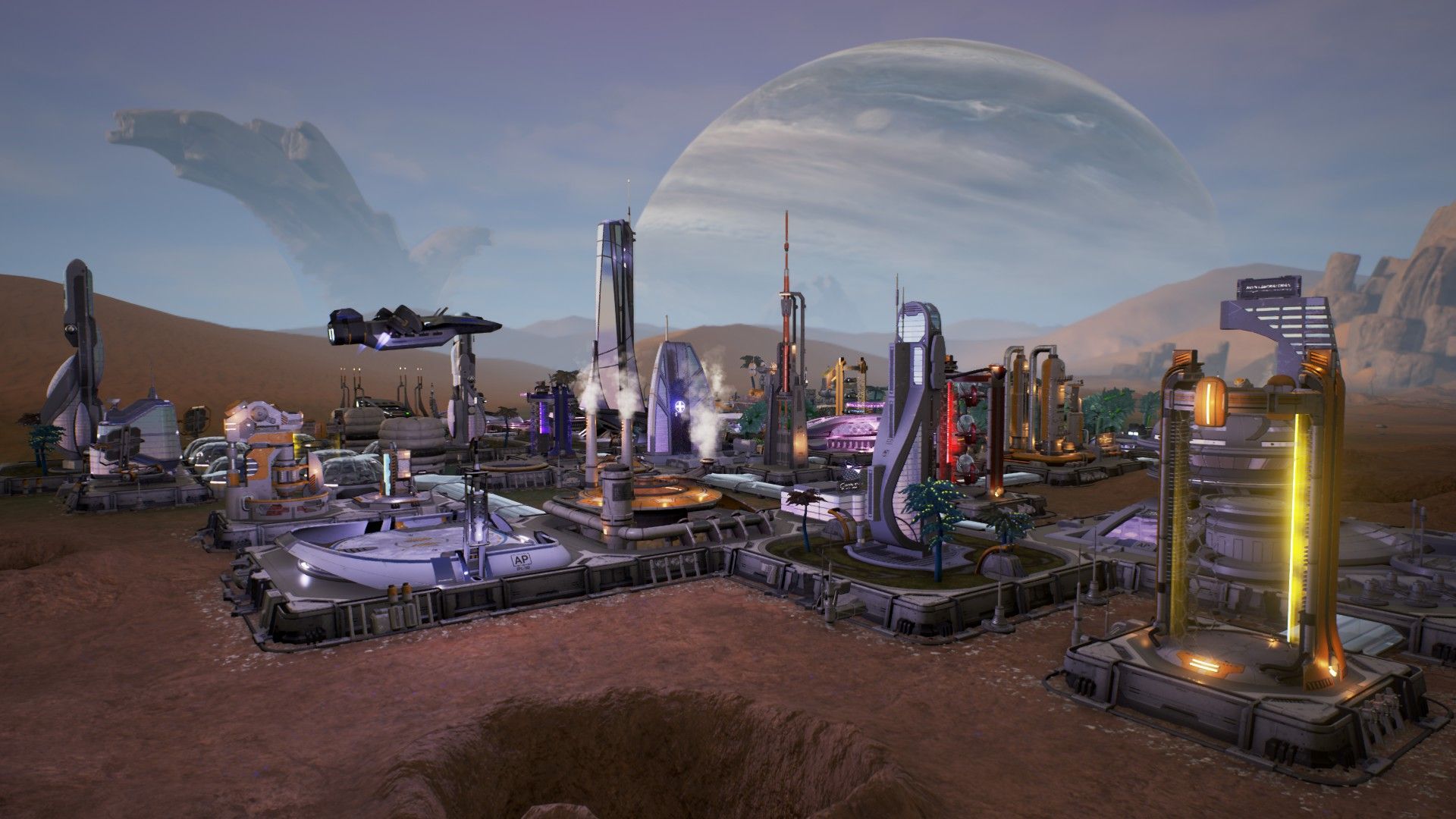 The audio/visual presentation has been decent so far. The sound effects and soundtrack has been enjoyable. The voice acting is very strong. The art style is a very clean futuristic look to it which is contrasted by the neon colours of the alien planet. The only thing I did notice is that the textures are at a low resolution at maximum settings, resulting in some pretty fuzzy looking structures. I am hoping this will get cleaned up when the game

Based on the early build of Aven Colony, it seems like the game is emphasizing its campaign mode to really differentiate itself from other city management sims. Aven Colony does throw a few more balls in the air for players to juggle, but how they are dealt with are no different than any other mechanic in the game for the most part. If Aven Colony is able to deliver an enjoyable campaign along with its sturdy, if not very flashy city management gameplay, then Mothership Entertainment will have a solid title worthy of being in a city sim fan’s library.