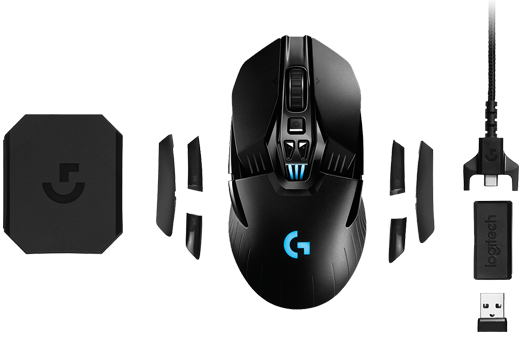 Logitech has invented a wireless mouse that never needs to be plugged in for a recharge. No, you aren’t dreaming, so stop pinching yourself. The new Logitech Powerplay technology modifies wireless charging technology used for charging cellphones to allow a mouse to be charged over a large surface area. By creating a large electromagnetic field over the entire mouse pad, a wireless mouse can be charged at all times.

Logitech is using their Logitech G line of gaming peripherals as the launch pad for their new technology. Two of their existing wireless mice are getting new versions that will support the technology. The Logitech G903 will cost $149.99 USD and the Logitech G703 will cost $99.99 USD. Both mice will be in stores by the end of June. The Powerplay mouse pad will be a separate purchase at $99.99 USD and will arrive in stores in August. Once the Powerplay mouse mat is purchased, users will simply need to replace the mouse battery with the Powercore, reboot the mouse, and they can kiss cables goodbye.