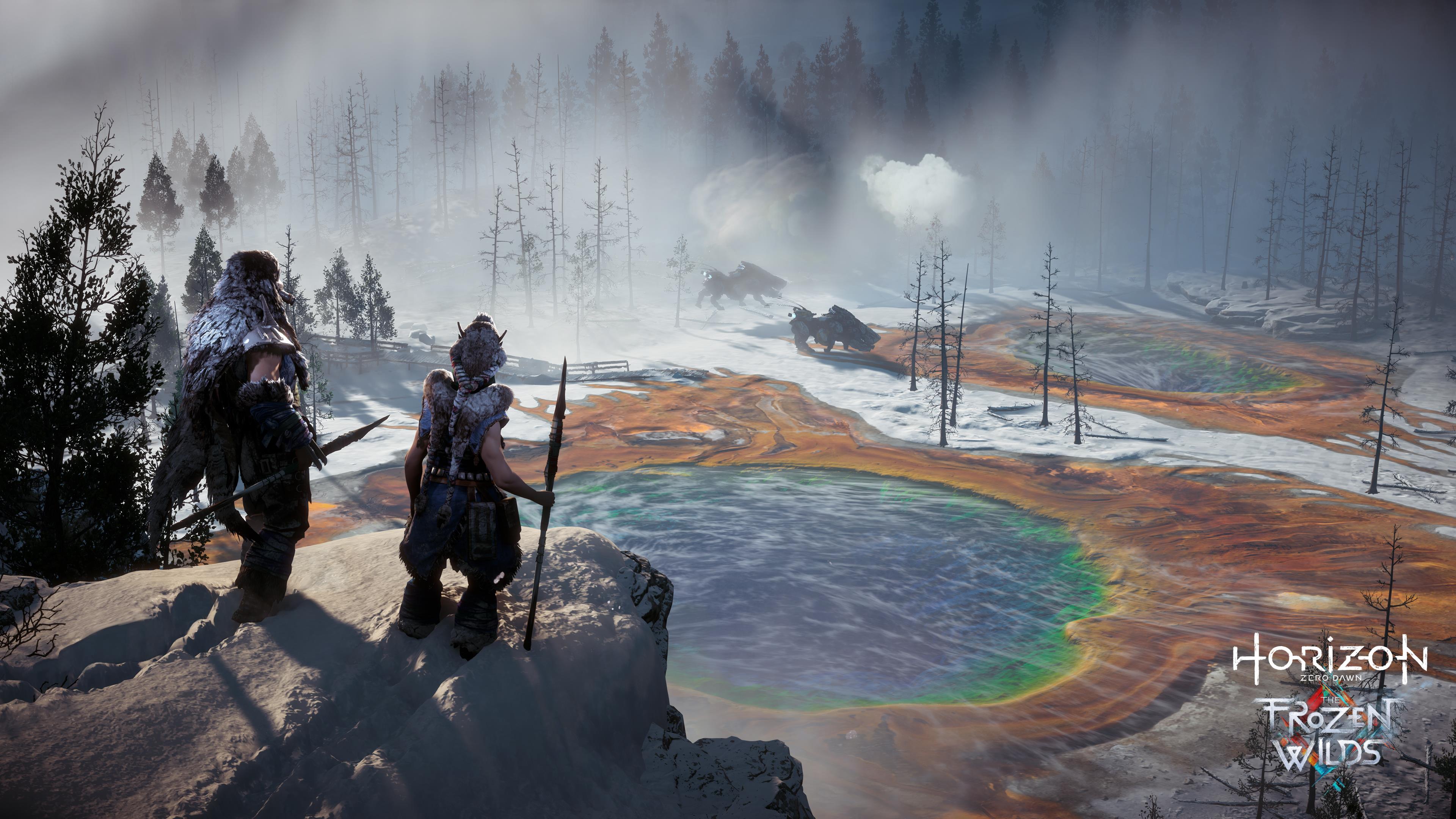 Sony has announced that Guerrilla Games are currently working on the first expansion for Horizon: Zero Dawn and it happens to be called The Frozen Wilds. From the look of the reveal trailer, found below, the story will follow Aloy as she ventures into a frozen wasteland where she will encounter a new villain, new mechanical creatures to hunt, new characters to interact with, and from the looks of things new items that can be useful in the frozen terrain.

Currently no price tag has been announced for the expansion pack but you can also find a small number of new screenshots for The Frozen Wilds below.