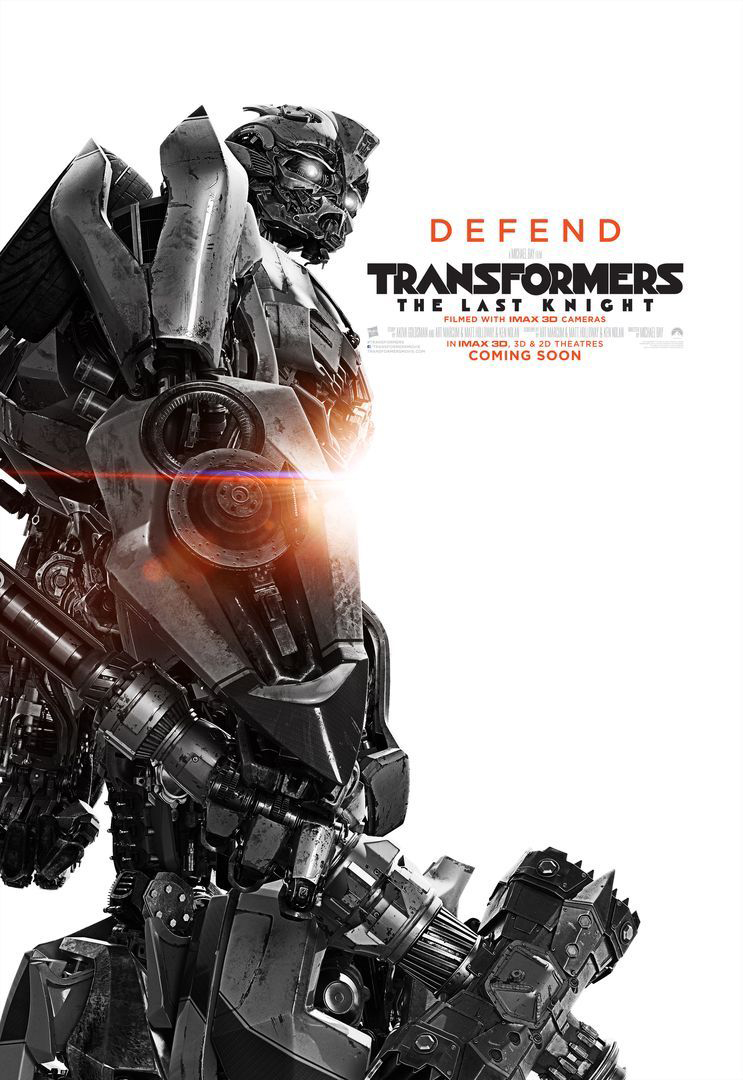 Paramount Pictures released twelve new movie posters for Transformers: The Last Knight. The black and white images of twelve of the main cast members are stylized with an orange lens flair and a one word description of each character’s role in the film. The movie is set in the midst of an all out war between humans and Transformers. With Optimus Prime gone, Earth is sliding into chaos and humanity is on the brink of being wiped out. Bumblebee, Cade Yeager, and a band of humans must now discover the link between the Transformers and Earth in hopes of bringing peace to the world.

Transformers: The Last Knight will be the last Transformers film Michael Bay will be directing. While it is likely the franchise will continue making movies without its long time director, Bay has decided to focus his efforts on new projects. The director has only worked on two non-Transformers projects since the release of Transformers in 2007.

Transformers: The Last Knight is scheduled to arrive in Australian cinemas on June 22 and in the US on June 21.