A Tsar is Born. Can You Bring Third Rome to Glory?

STOCKHOLM – May 12, 2017 – For 500 years, the princes of Russia have kept the faith. Through civil wars and Mongol conquest, the word of God has not just survived, but has united our people. Those princes who embrace the church will find glory, those who turn their back will be cast to dust. There have been two Romes, and both have fallen. Muscovy is the third.

There shall be no fourth.

Paradox Interactive and Paradox Development Studio are thrilled to announce Europa Universalis IV: Third Rome. The first immersion pack for the best-selling historical strategy game introduces a wealth of region-specific content, and takes a deeper look at one of the greatest powers of the early modern era – Russia. Russian cultured nations will find new interactions for their government and the Orthodox Patriarchate, deepening the experience of playing this rich and fascinating region.

Russia now gets two unique governments, with special abilities that allows them to tighten their grip on power. Use your administrative ability to reduce provincial autonomy. Call on your diplomatic resources to suppress incipient revolts. Use your military resources to quickly recruit streltsy units for your army. Rule with the iron fist that comes with a divine blessing. 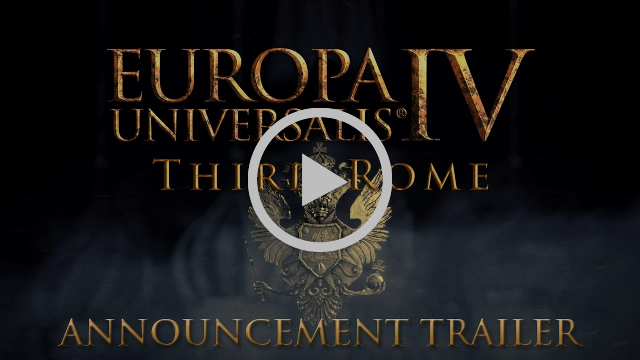 As usual, Third Rome will be accompanied by a free update to Europa Universalis IV, available for everyone who owns the base game.

Paradox Interactive is a leading global publisher of strategy games for PC.  The world-renowned strategy catalog stretches back to 1999, and the company holds a particularly strong presence in the United States and Europe.

Coming Soon to Xbox Game Pass: Back 4 Blood, Destiny 2: Beyond Light for PC, and More