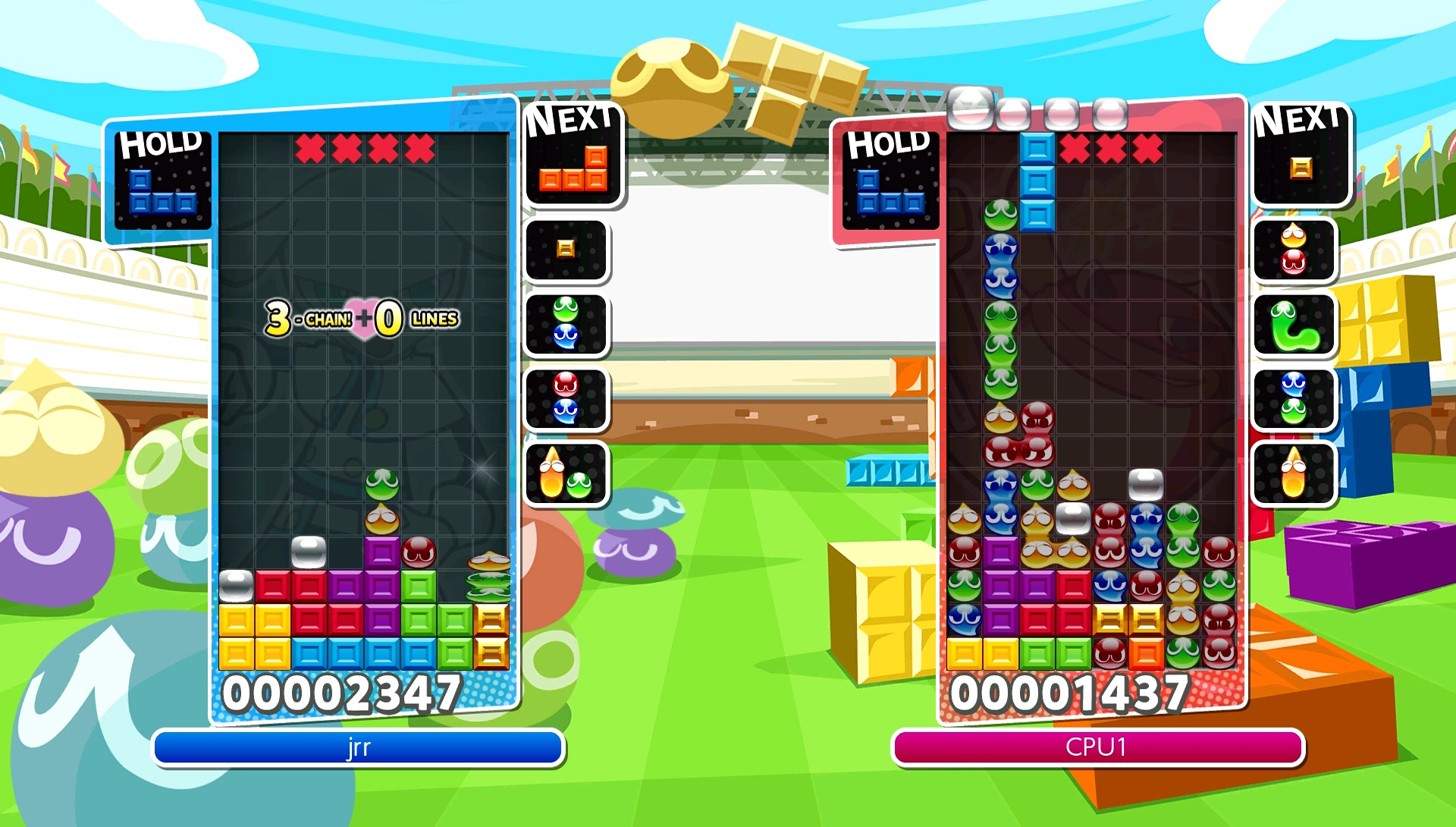 With Puyo Puyo Tetris set to be released in a little over a month Sega has released a new trailer for the game in an effort to introduce fans to the basic gameplay of the puzzle game. The video, found below, will cover the basics as well as show off the challenge modes like Sprint, Marathon, and Endless Fever as well as a glimpse at playing with others.

Puyo Puyo Tetris is currently set to be released physically on the PlayStation 4 and physically and digitally on the Nintendo Switch on April 25th in North America and April 28th in Europe.