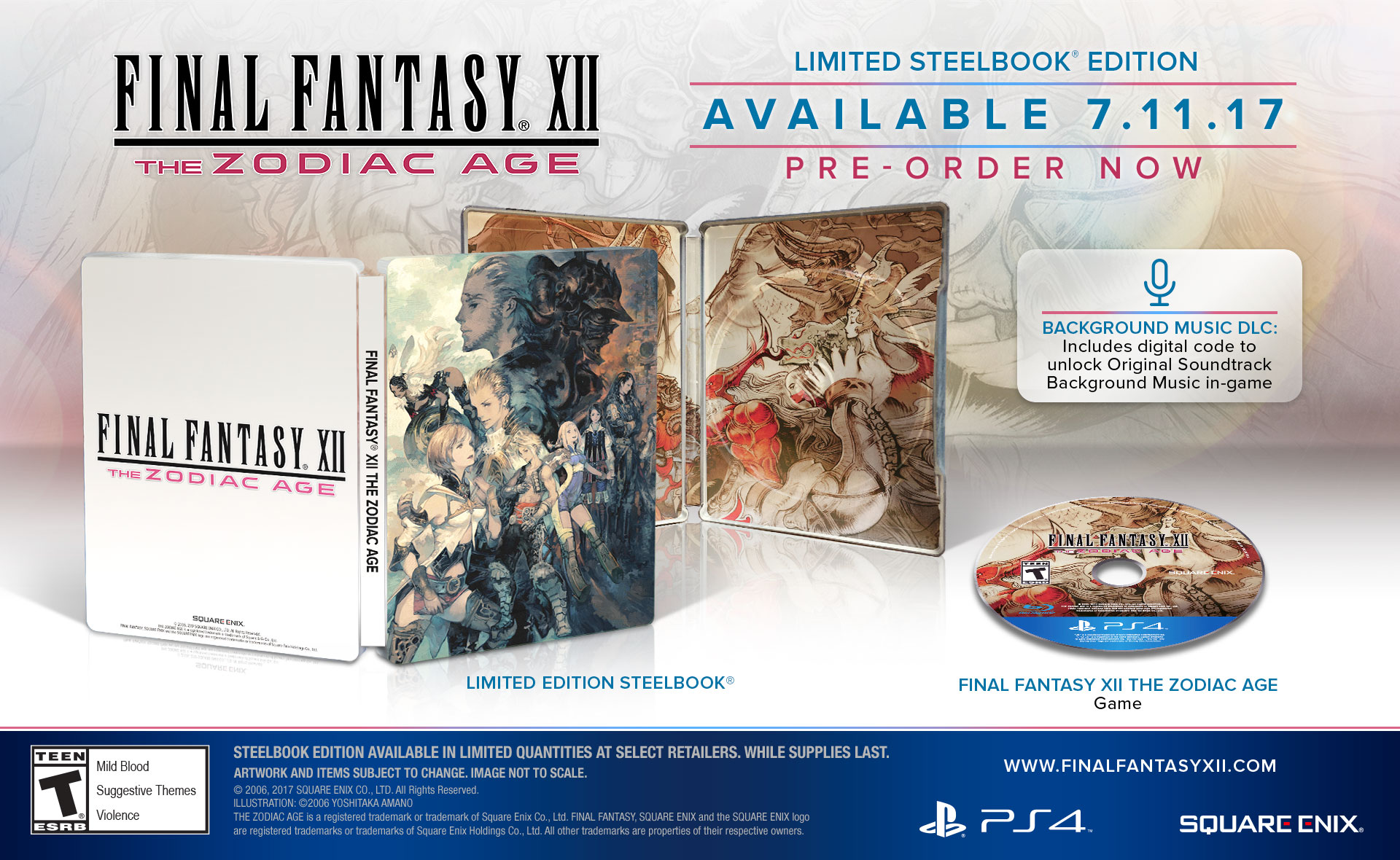 With Final Fantasy XII: The Zodiac Age set to be released on the PlayStation 4 on July 11th in North America and Europe Square Enix has announced a handful of special editions that fans can look forward to picking up if they feel like spending a bit more money.

The first one is a special Collector’s Edition that is priced at $199.99 and can only be purchased through Square Enix’s online store and it comes with a copy of the game, the game’s soundrack CD, an exclusive steelbook case, a collection of “Judge Magisters” bust set featuring busts of the Judges Bergan, Drace, Gabranth, Ghis, and Zargabaath, a six card art set, and some special background music DLC.

Those who only want to pick up a special “limited edition” version of the game will find it at certain retailers priced at $49.99 with a copy of the game, a limited edition steelbook case, and background music DLC.