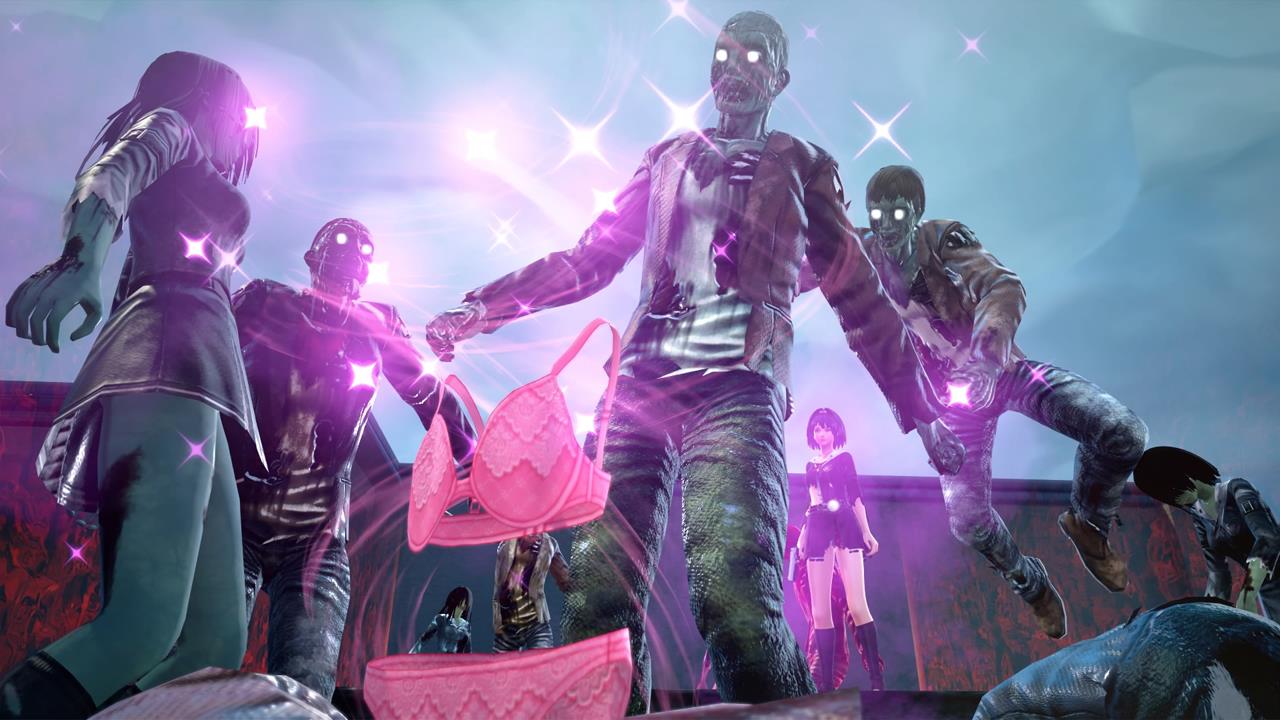 D3 Publisher has updated the official website for SG/ZH School Girl/Zombie Hunter and with it comes some new details about the upcoming zombie shooter for the PlayStation 4. These details fall into the category of allowing players to use more than their basic clothes as decoys for the zombies, a mysterious location hidden beneath the school, and zombies that copy the appearance of the main female characters.

It has already been mentioned that characters can strip off their clothing to try and distract male zombies but now it has been revealed that their underwear can also be used in this manner. Unlike basic clothing, underwear cannot be taken off during a fight and can only be gained after a girl has showered and replaced her underwear with a new set, allowing the old set to be used as a distraction.

Shortly after the outbreak begins the girls in the school find a strange facility that appears to have been used for research in the past but things grow even stranger when machinery begins to activate and scans a few of them. At the time they think little of it as the lights did no harm but it quickly becomes apparent that they are in trouble as zombies that have copied the forms of the scanned girls appear and not only are they far more resilient than the average zombie, they have the same intelligence of the girls as well allowing them to use weapons and the same skills as the copied character.