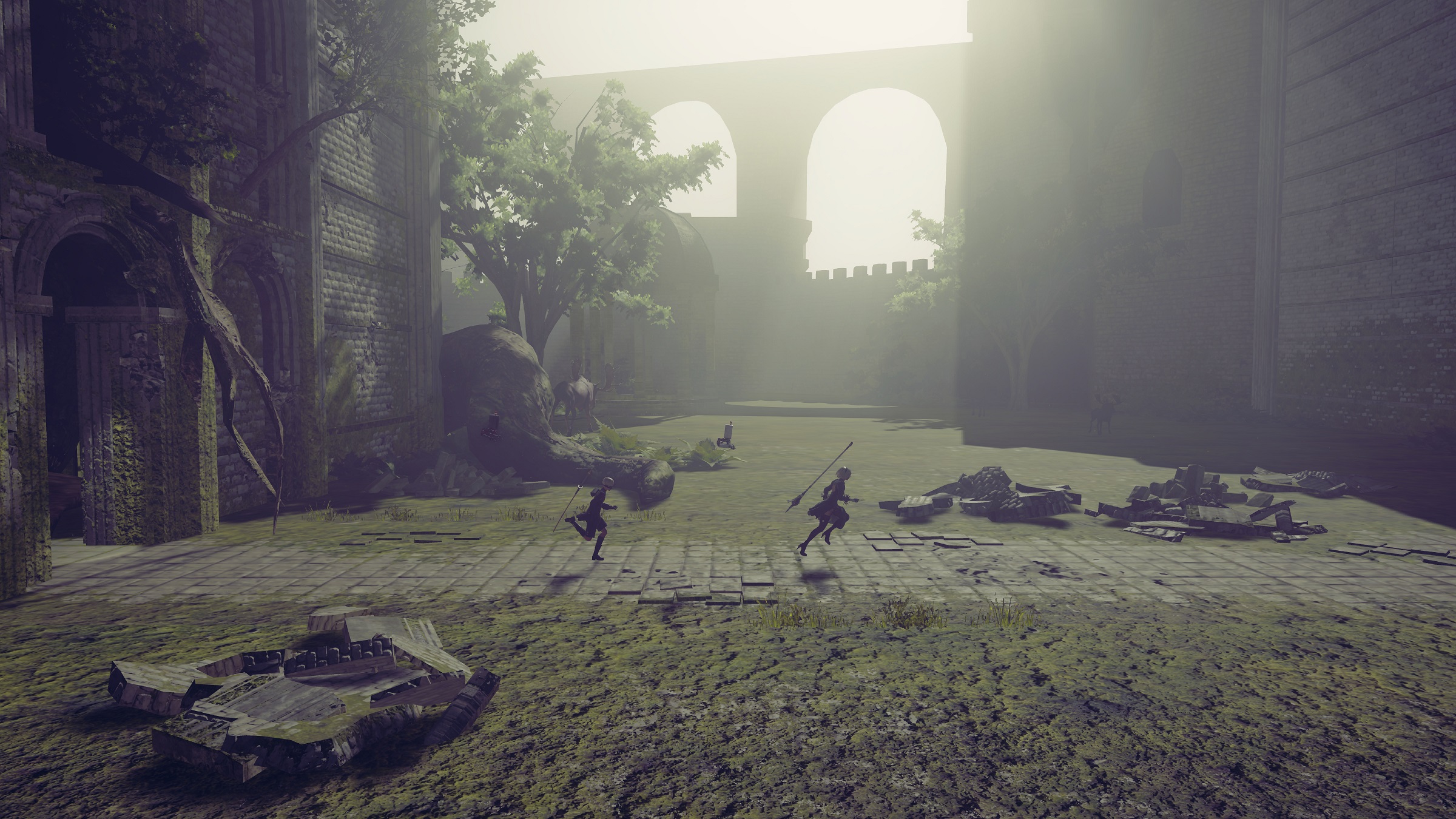 Square Enix has released another batch of screenshots for NieR: Automata and this time around the focus is placed on the two forest areas that are called, at least so far, Forest Zone and Forest Castle. The Forest Zone will be a rich area with lush forests while the castle has been converted into one that allows mechanic life-forms to appear wearing Middle Age style armor and act under the command of an unknown leader.

You can check out the screenshots below and as for the game itself, NieR: Automata is set to be released in Japan on February 23rd and in North America and Europe in early 2017 for the PlayStation 4.