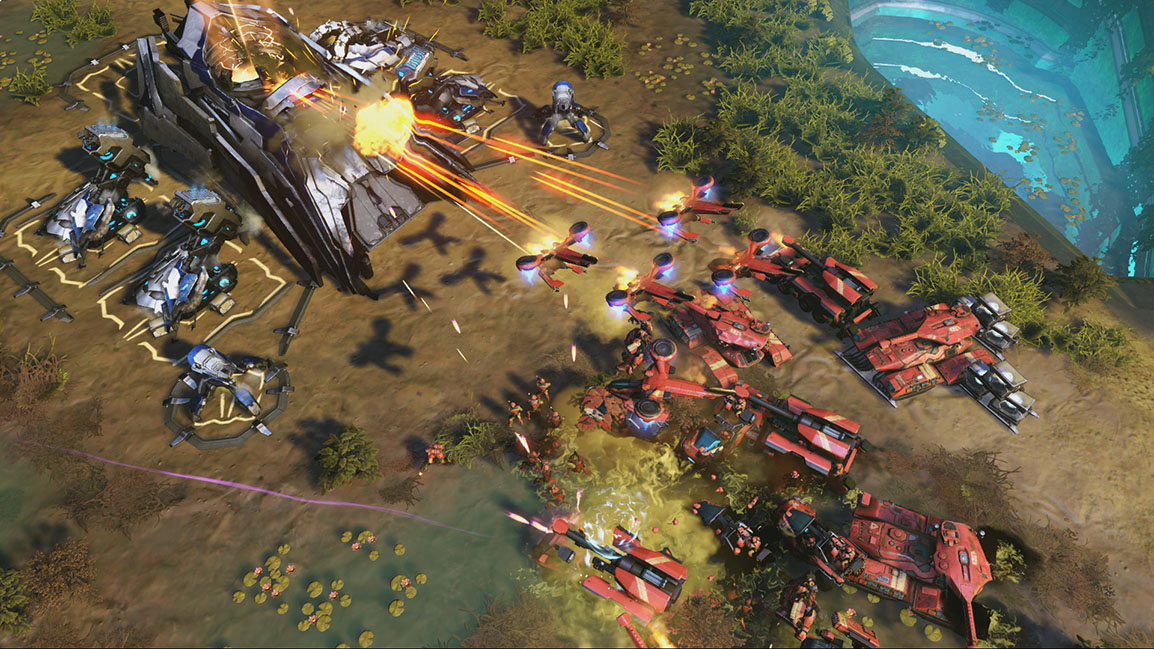 Back at E3 Microsoft announced that they were planning on releasing Halo Wars 2 in February 2017 and last night during The Game Awards the company had a bit more information as well as a new trailer to show off to fans. The trailer introduces the Brute named Atriox who was enslaved by the Covenant only to rise up against his masters and become a legend.

His rebellion inspired the birth of The Banished, a savage army of mercenaries and killers now on the brink of acquiring the most powerful weapons platform the galaxy has ever seen. The only things between Atriox and his prize are Captain James Cutter and the crew of the USNC Spirit of Fire. Outgunned and long past any hope for reinforcements, Cutter’s survival depends on how quickly he can master the first law of the battlefield, knowing your enemy. You can check out the video below and those who pre-order Halo Wars 2‘s digital Ultimate Edition will be given the Halo Wars: Definitive Edition on December 20th.