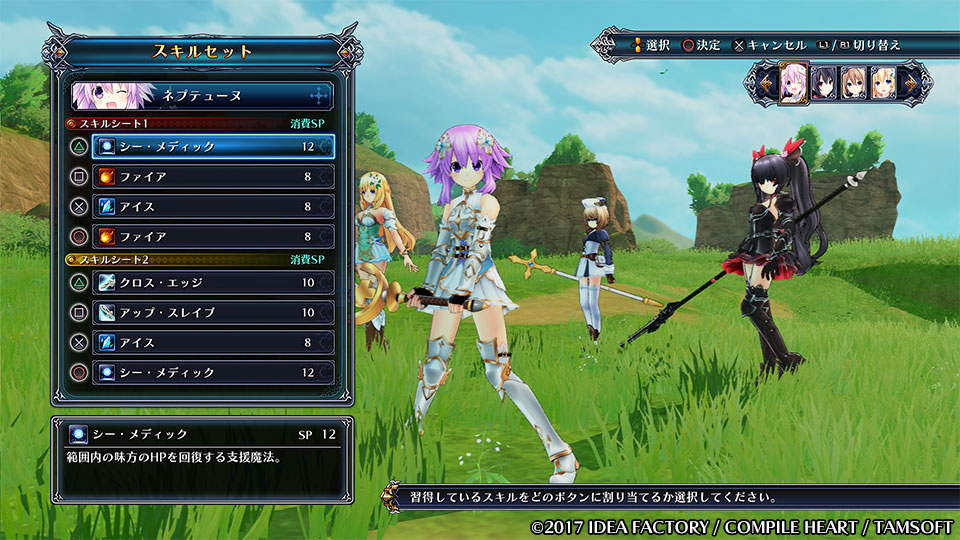 Compile Heart has released a new trailer as well as some new details for Four Goddesses Online: Cyber Dimension Neptune which is set to be released for the PlayStation 4 on February 9th in Japan. This trailer focuses on introducing the eight playable characters that have previously been detailed, Neptune, Nepgear, Noire, Uni, Blanc, Rom, Ram, and Vert.

As for the other details, the company has revealed a bit about the game’s battle system. Players can select various skills and favorite them to make them easier to use in the heat of combat as they will only take a simple button press to activate rather than entering the menu screen. Enemies can be locked onto with the R1 button and this allows their stats and various weaknesses to be revealed while the player can focus on them with their attacks in an attempt to bring them to the well-known “Break” state.

Since Four Goddesses Online: Cyber Dimension Neptune will not have standard CPU forms the girls, the game will instead offer “Awakenings” that can be triggered when their Awakening Gauge, which is filled by dishing out and receiving damage, is filled up. These Awakening Arcanes are exclusive to each character though certain conditions must be met before they will be unlocked in the game. 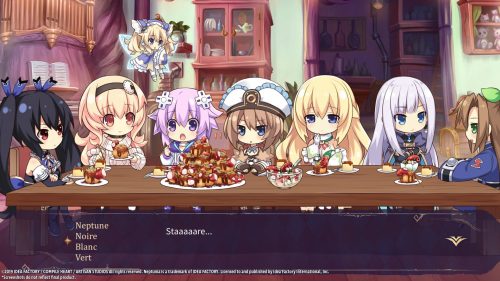 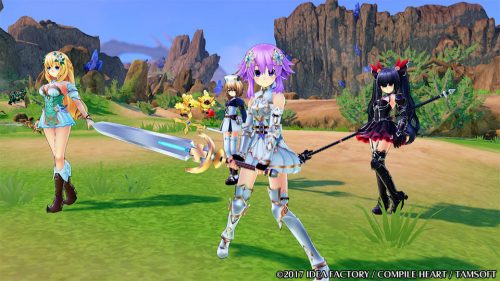