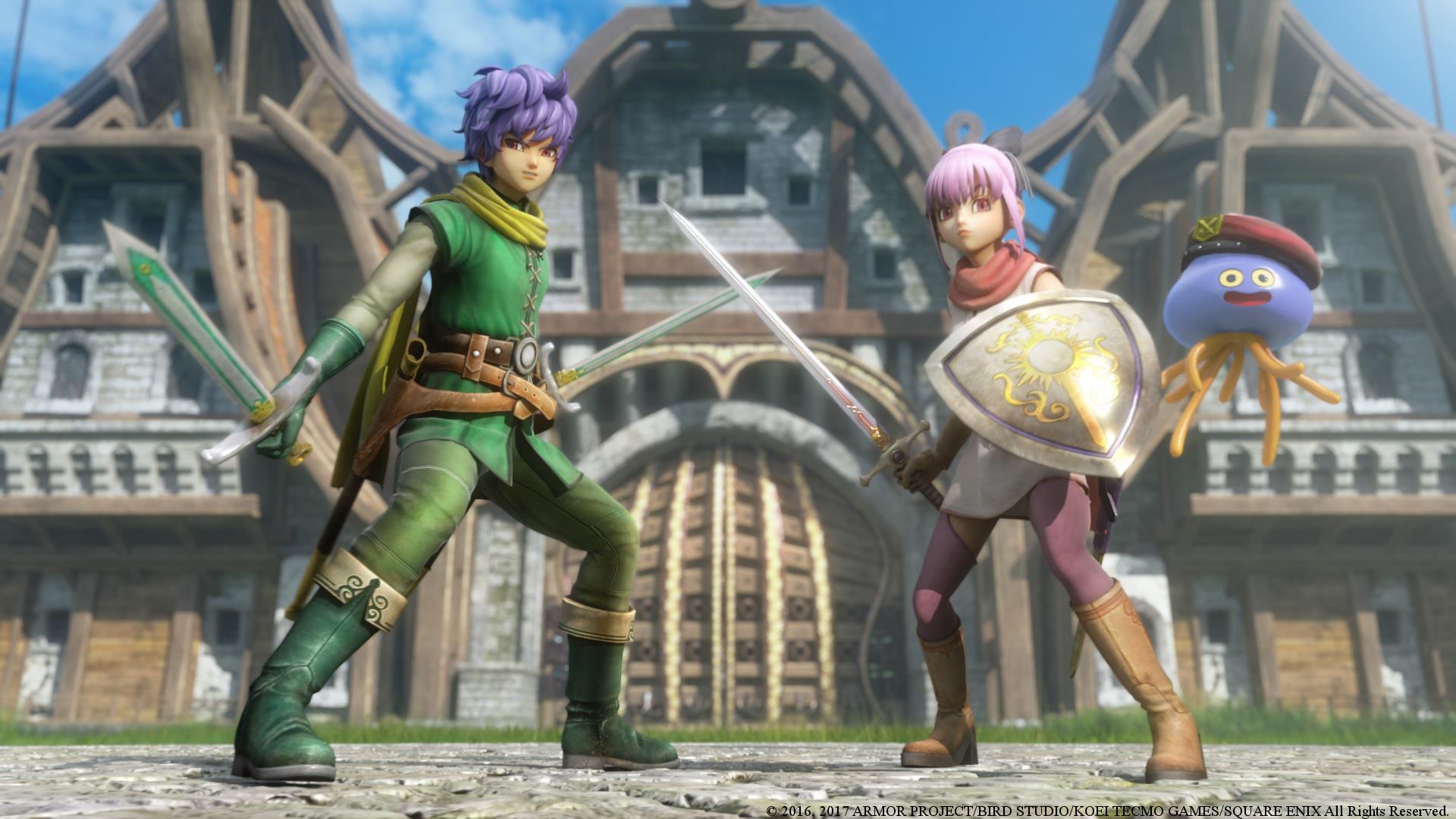 Square Enix has announced that they are planning on releasing Dragon Quest Heroes II in North America on April 25th and in Europe on April 28th with the title being available both at retail and digitally for the PlayStation 4 in both regions. For those who haven’t been following the game, Dragon Quest Heroes II is set in a brand new world and follows new heroes and a new story as players take part in a grand adventure.

You see, once upon a time there was a long and terrible war. When the war finally ended, the people of the world made a solemn pact never to fight again. The world was divided into seven realms and peace reigned for a thousand years. One day, cousins and fellow knights-in-training Lazarel and Teresa reunite in the Kingdom of Harba, far from their Dunisian home. Little do they suspect that the Dunisian army is about to invade, with their old friend Prince Cesar at the helm. The long-kept peace is broken and the world descends into chaos. With the aid of High King’s envoy the cousins must travel to Accordia for a meeting with the Supreme Sovereign of the Seven Realms to find a solution in order to bring peace back to the realm.