Downward is a new first person open world parkour game set in a medieval post-apocalyptic world. Players will need to navigate the ruins of the Earth as they attempt to discover the three artifacts that played a role in the apocalypse. Aiding the player along the way is a RPG levelling system and magical abilities to augment their parkour skills.

The preview build of Downward we played has the beginning of the game ready to go. The plot is decent for the most part, but the writing quality isn’t quite there. Some of the game’s one-liners uttered by the player are nonsensical.  Additionally, there are also a few lines of dialogue that feature a slightly awkward mix of proper and casual English. 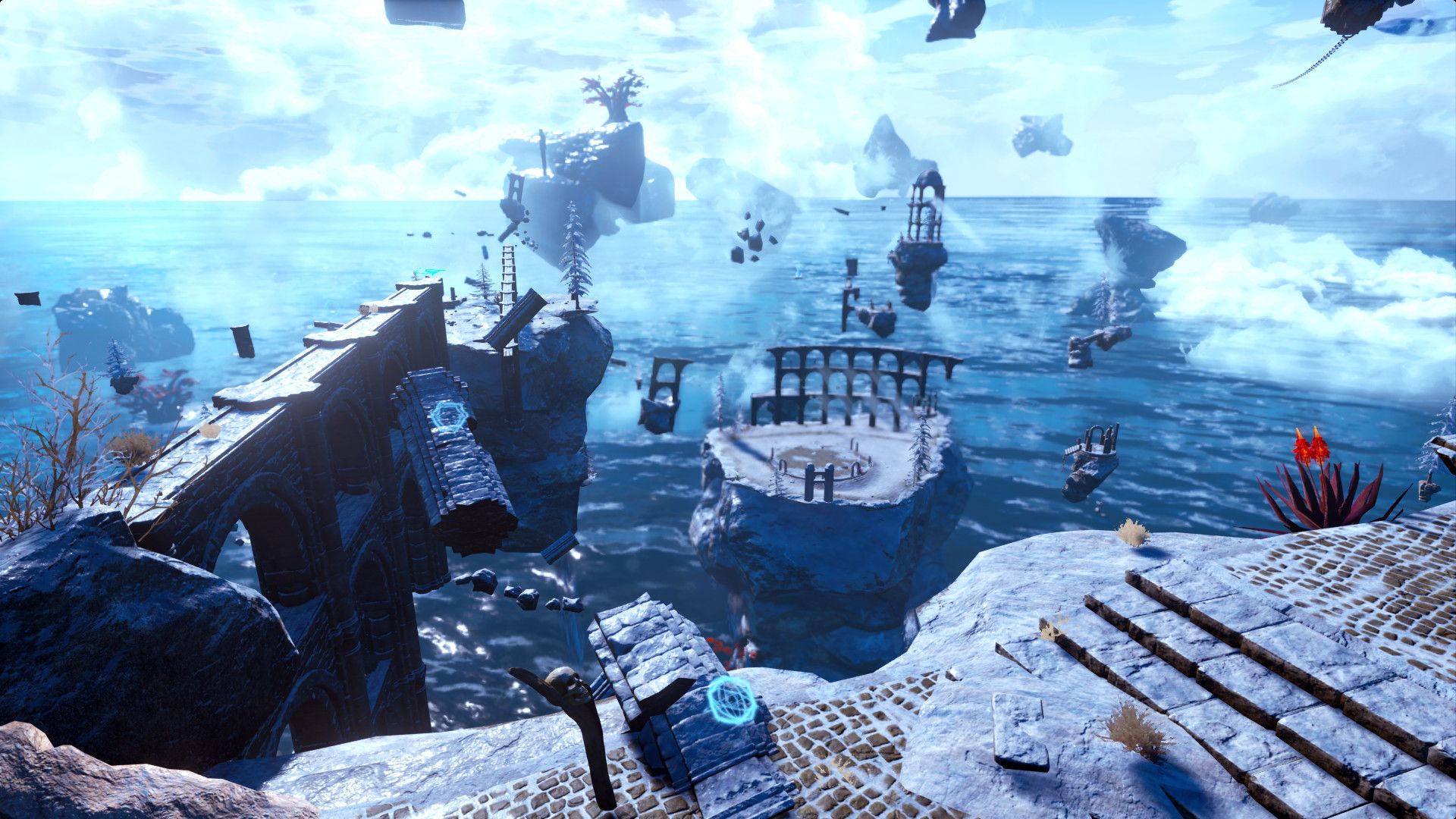 A game like Downward lives and dies by the controls. Downward’s control scheme should be familiar to those who have played other FPS parkour titles for the most part.  All the basic parkour skills can be executed with the standard movement, jump, and crouch keys. The game only adds a few extra keys for skills, which keeps things nice and simple. I really like how Caracal Games opts to give players a bit of a cruise control button for jumping across multiple pillars by jumping and holding down the button as the player moves forward. It makes the game more enjoyable when players do not have to worry as much about landing each jump on a small platform. The lack of a roll in Downward is a bit mysterious to me, as rolls is considered one of the staple maneuvers in parkour for making landings from height.

The game features a levelling mechanic fueled by currency collected throughout the game. Currency can be found lining the expected path of travel, while plenty of bonus currency is tucked in hidden corners to reward those who explore. Players lose currency for dying, though that can be offset with certain skills. The game features a full-blown skill tree, with skills providing the standard bonuses like extra health and quality of life bonuses like lower death penalties and fast travel points around the map. The levelling system definitely gives the game a little extra progression to look forward to. 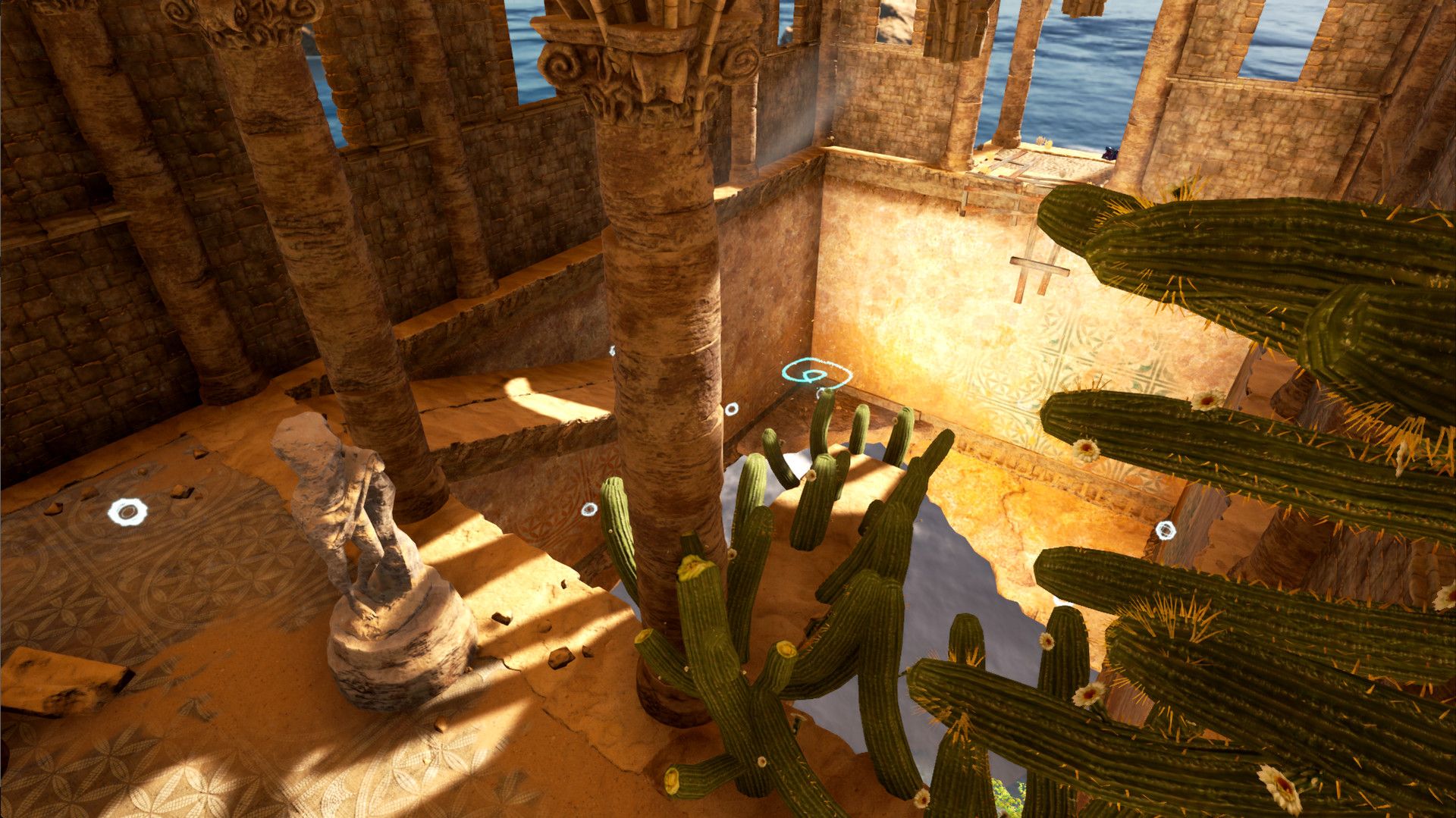 Downward adds three abilities to the basic set of parkour abilities. One allows players to set a waypoint and instantly teleport back to the point. It is a great addition to the game considering the death penalties, as it allows players to save themselves from a bad jump or quickly restart a jumping puzzle. The double jump skill unlocks blue anomalies around the world that can be used as trampolines. Finally, a slingshot ability allows players to grapple onto green anomalies and propel themselves in that direction. The three chosen skills compliment the parkour skills very well without replacing them completely.

Downward’s levels are well designed. The open world is designed like a hub and spoke with areas being unlocked skills opening more parts of the map for the player. Sewer grates are placed strategically through the world, allowing players who have not unlocked the fast travel ability to get back to the hub rather quickly. The parkour routes tend to be a bit linear in nature, but strike a good balance in difficulty. They are complex enough to be a challenge but simple enough to be solved while moving, allowing players to fluidly traverse the levels. I like how specific visual elements are used to let players know they can climb onto a ledge or use the surface for a wall run. The game uses a manual save mechanism that involves ringing one of many bells found throughout the world. Upon death, the player is teleported to the last bell rung. I like the manual nature, as getting to a save is much like climbing a rock wall and being able to ring the bell at the top in victory. 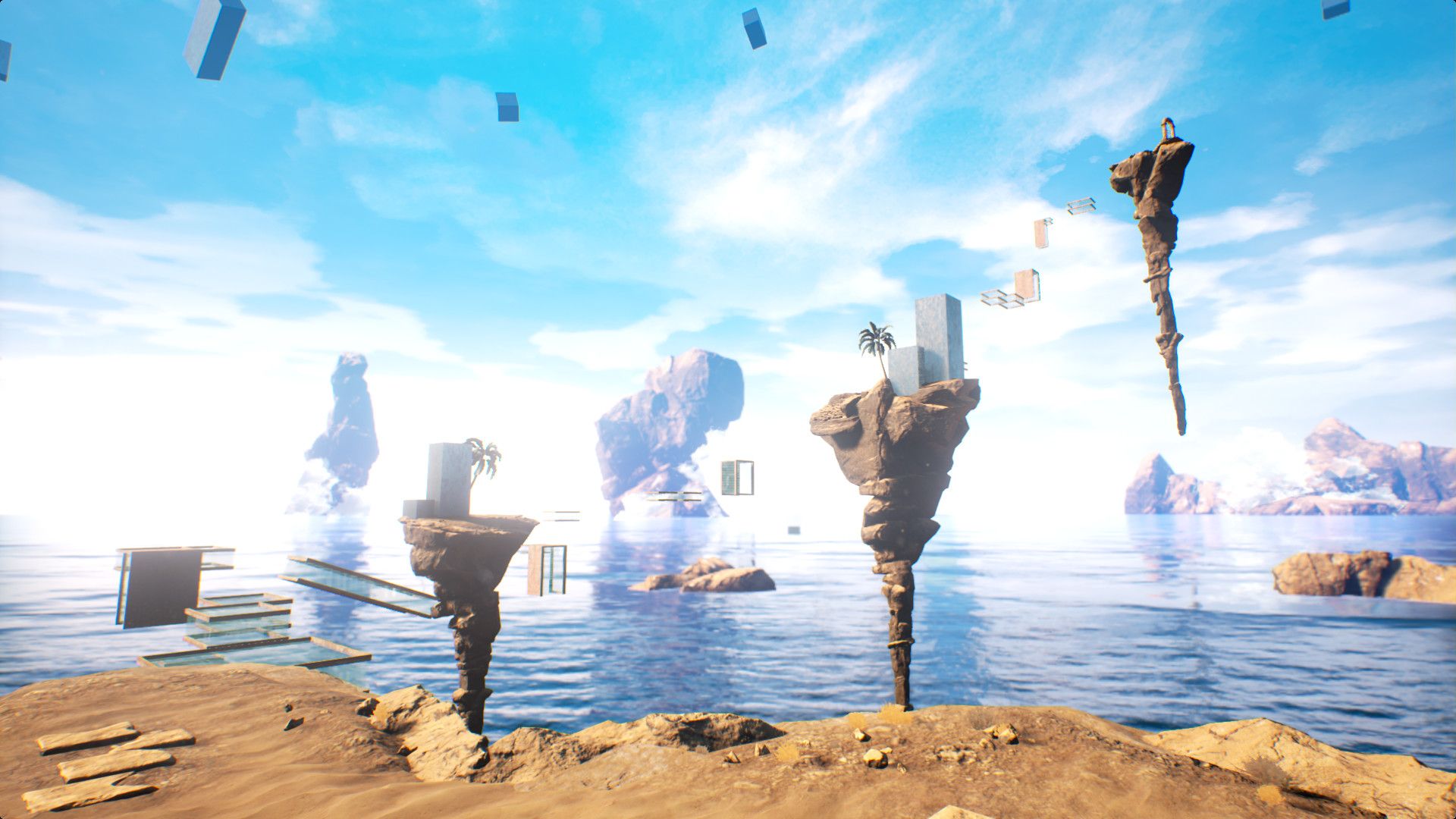 The enemies are simple, but compliment Downward’s gameplay well for the most part. Since the player has no way to attack, avoiding combat is an important strategy. Each enemy has a weak point that players will need to sneak up on and take to destroy the enemy. The golems are the dullest of the bunch. The first fight was an epic experience. Once I discovered winning was a matter of staying out of range and waiting for the golem to expose its core, the fights quickly lost their lustre.

The graphics in Downward is solid. The game is running on Unreal Engine 4 which provide plenty of modern graphical effects. The world looks like a weathered medieval fantasy setting with a touch of steampunk from the heavy use of rusty gears. I tend to get a little bit of motion sickness with some movement heavy FPS titles. I found Downward to be gentle for the most part. I didn’t feel any serious effects unless I had to deal with golems, as the camera shaking was brutal. The game’s generous FOV range helped, but I hope that future builds of the game will include an option to disable the camera shaking effects for further relief from motion sickness. 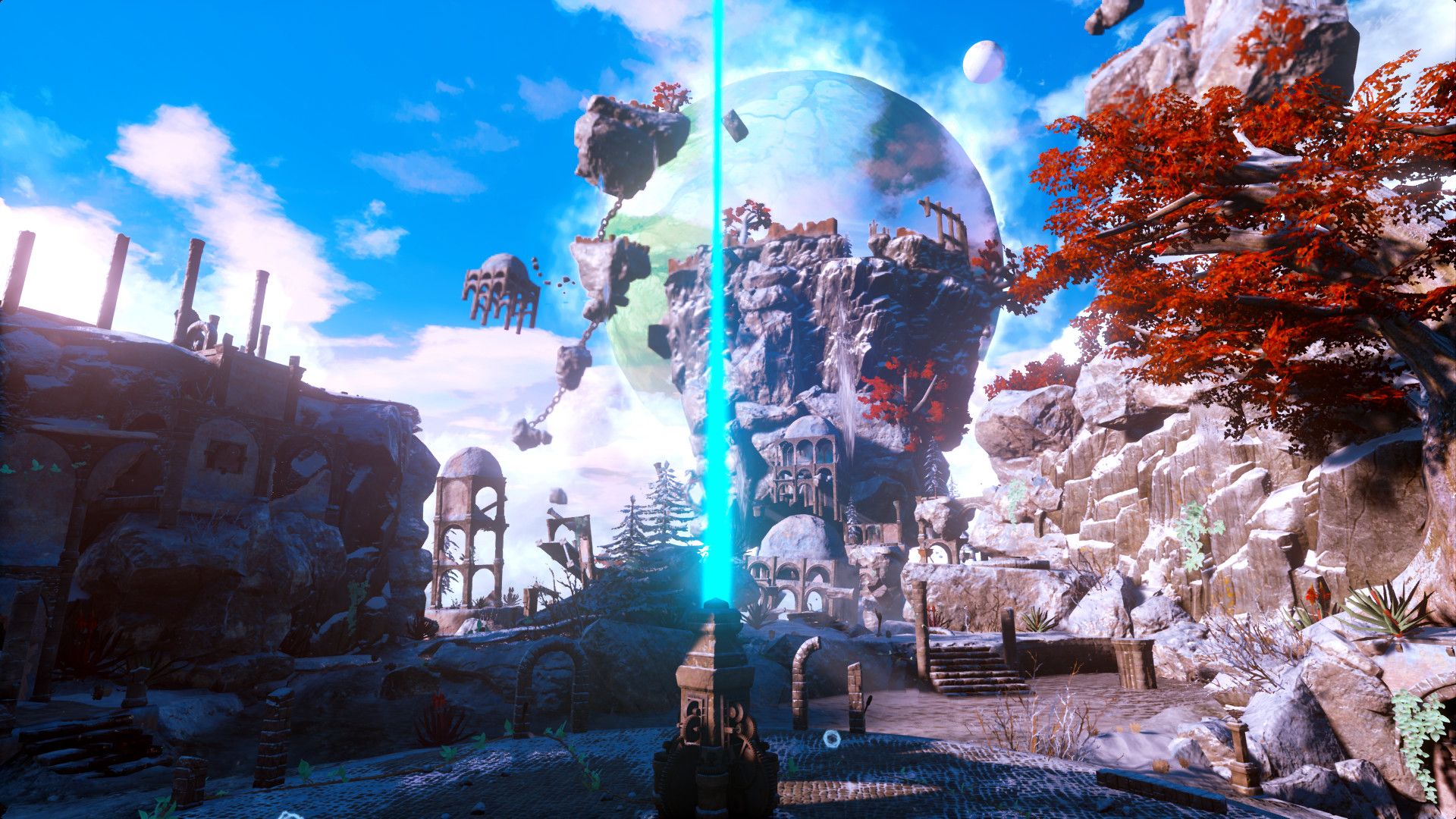 Downward’s audio experience is rough. The sound effects and music are pleasant. The voice acting, on the other hand, is rather poor. The voice actor for the player character is clearly an amateur, with over-acted lines and generally poor acting skills. The usual array of grunts that characters utter in times of physical exertion sound ridiculous and unbelievable. Strangely enough, the voice acting quality for smaller character roles is much higher. In fact, I can easily see the skeleton’s voice acting to appear in an AAA title.

While Downward’s presentation can be a bit unpolished at times, the game’s preview build delivers a fun parkour experience. It has potential to be one of those indie gems in the rough as development continues and more content is released thanks to enjoyable level design, simple controls, and great skills that compliment the parkour gameplay well.