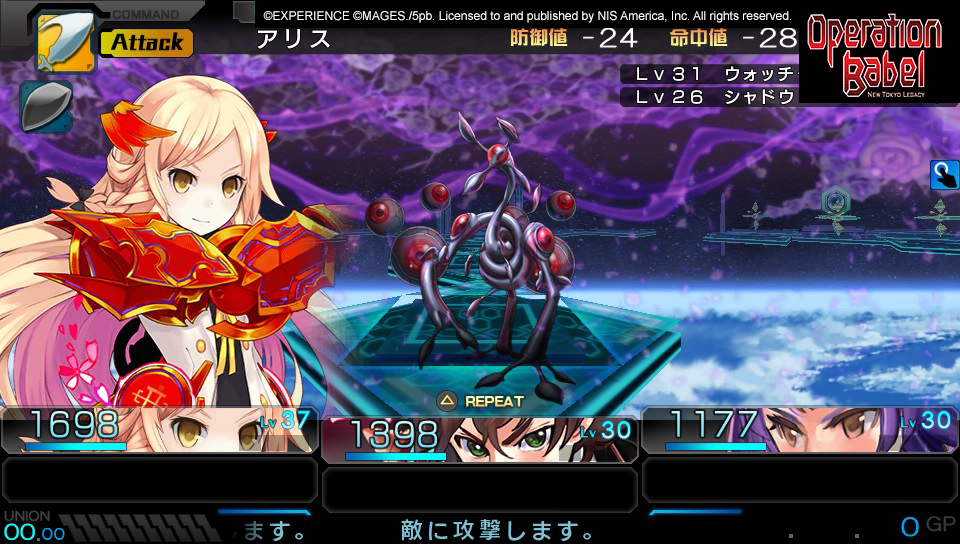 Operation Babel: New Tokyo Legacy, the sequel to Operation Abyss: New Tokyo Legacy has been announced for Western release by NIS America. The company will be releasing the game physically and digitally for the PS Vita and on PC sometime in Spring 2017 for fans in North America and Europe. Upon release the game will not be given an English dub but will feature the original Japanese voice track with English subtitles.

The story for Operation Babel: New Tokyo Legacy continues the story where a mysterious object that humanity has started calling the “embryo” appears in the sky and the CPA and the Xth Squad are mobilized in order to face off against this new possible threat.