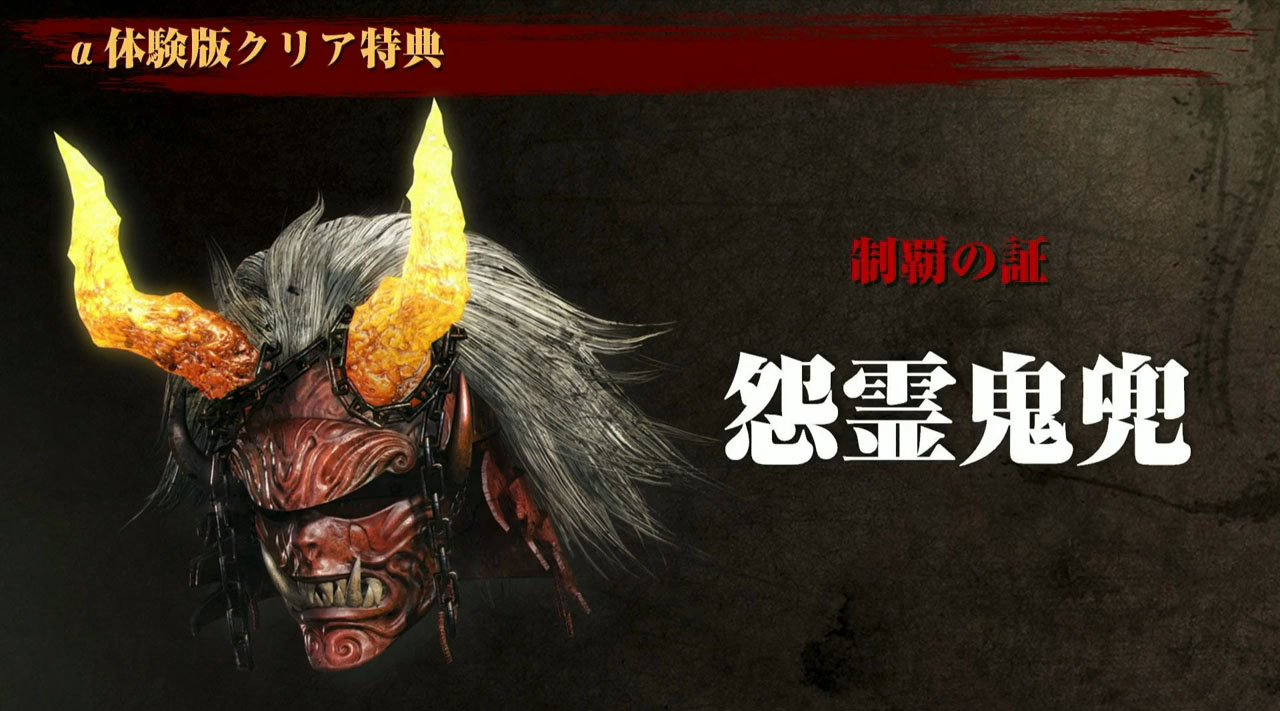 Koei Tecmo has released some new footage for Nioh as well as detailed just what type of bonuses those who braved the alpha and beta demos for the game and managed to clear them. Those who have cleared the alpha test will be given the “Onryoma Helmet” shown above while those who cleared the beat test will be given the “Hinoenma Helmet” shown below. 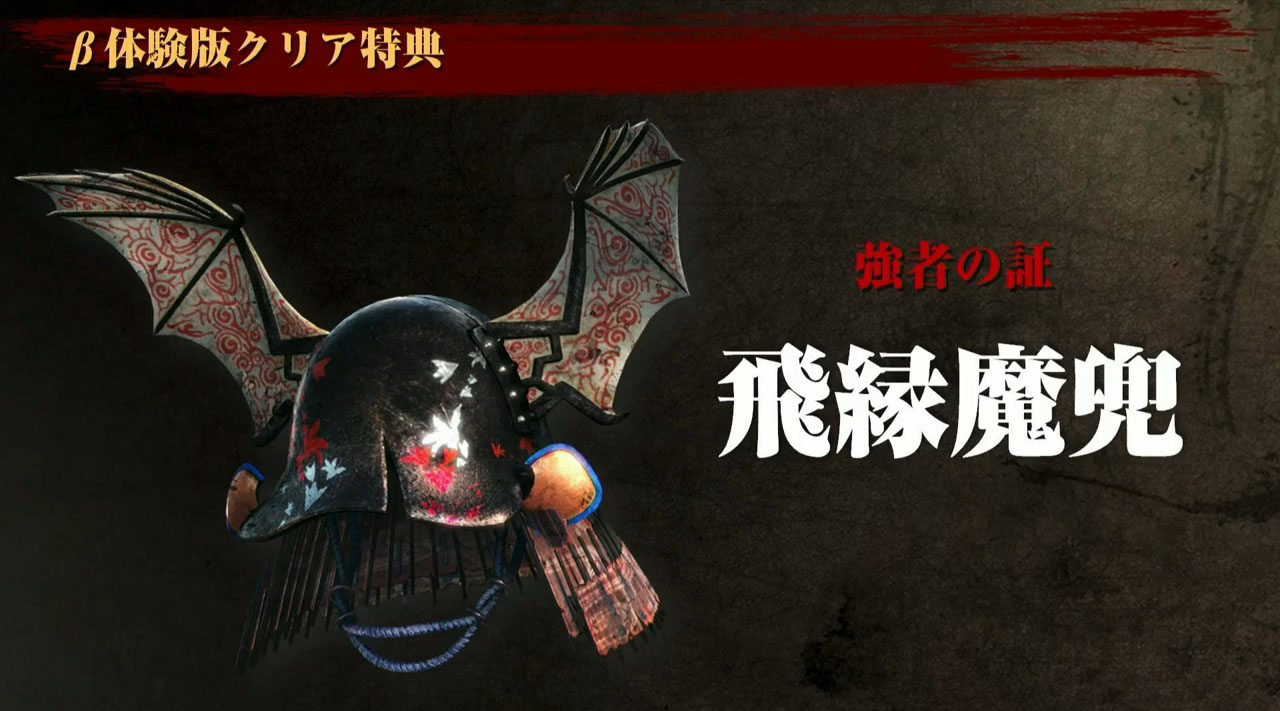 The company also announced that Nioh will feature an “Appearance Copy” system that will allow the player to wear whatever equipment they want while keeping the appearances of their favorite armor set, giving players a chance to not only min-max their character but also look however they want while doing it. As for the new footage, a new stage called “Iga” and a new boss called the “Great Toad” are shown off and you can check that out below.