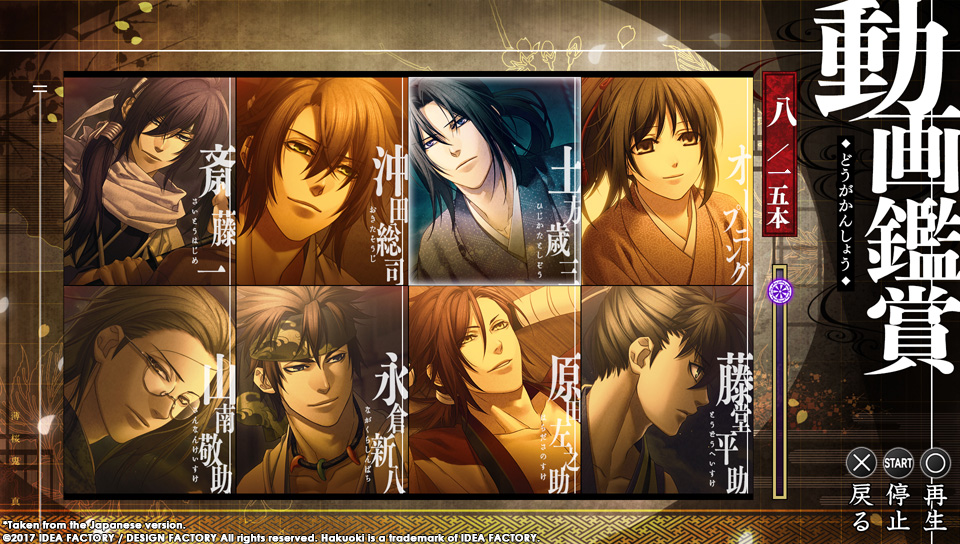 Fans of the Hakuoki series will be happy to hear that the franchise still has some life in the West, though this case it happens to be in the form of a remaster. Idea Factory International has announced plans to localize and release Hakuoki: Kyoto Winds in North America and Europe sometime in Spring 2017 for the PlayStation Vita and PlayStation TV.

Featuring the original Japanese dub with English subtitles, this remastered telling of the beloved visual novel Hakuoki series focuses on the story set in Kyoto. The young Chizuru, determined to find her father, will romance the famous samurai of Shinsengumi through a series of engaging stories and dramatic events. Never-before-seen episodes and character routes have been added to the original version of the game, introducing more romanceable targets, new characters, and plenty of new paths to seek for yourself.