The Outlaw Uses Speed And Precision to Dispatch Any Foe

Amsterdam, The Netherlands – October 13, 2016 – Developer Allods Team and global publisher My.com are proud to present a brand new fighting class called the Outlaw in Skyforge. The new Outlaw class is the master of quickness, skill, and the best option for those who prefer impressive duels and rely on nobody but themselves! The Outlaw class is now available for all players and can be unlocked through in-game progression, and also can be instantly unlocked via the exclusive Outlaw Collector’s Edition available for a limited time only HERE: sf.my.com/lp/11/gb.html 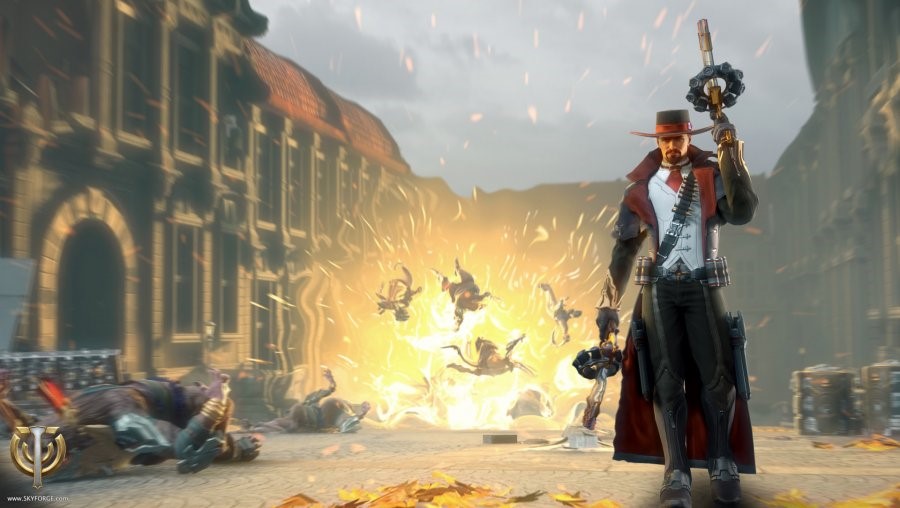 The Outlaw can easily evade their enemies’ attacks and quickly approach their targets to deliver an impressive finishing headshot. Armed with a pair of revolvers, they can shoot single targets with precision and spray hordes of enemies with a barrage of bullets. The wide range of attack abilities will allow players to inflict consistent damage on enemies, while the odd dirty trick will help to avoid unfortunate consequences while fighting. PvE adventures are where the Outlaw truly shines as an attack character; his speed and evasive actions will leave even the most seasoned warriors in dismay when it comes to PvP.

Skyforge is a free-to-play MMORPG set in a universe where mortals and immortals use cutting edge technology to fight for survival against mythical creatures and invaders from space. Players start as immortals, newly reborn into the world and vie to become gods themselves.

UBISOFT® PARTNERS WITH CODE CAMP TO TEACH KIDS HOW TO CODE WITH STARLINK: BATTLE FOR ATLAS™