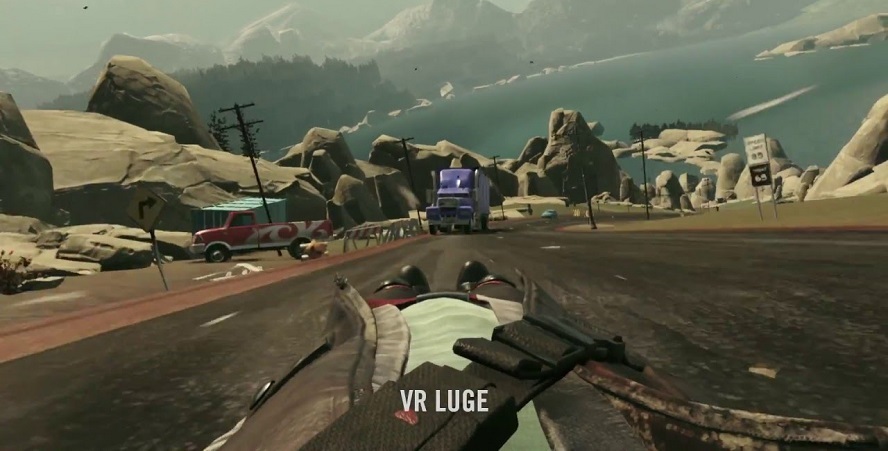 Last weekend, I was able to grab some time with the Playstation VR headset and to try out one of the mini-games in the soon to be released Playstation VR Worlds. We’ve previously had a look at one of the other entries in this collection, The London Heist, and had a grand old time with it. This time around, I was taking a turn at Luge. I dropped onto a bean bag in front of the screen and put on the headset.

The game started me off at the top of a road on a giant hill, looking down at the steep incline from a first-person perspective. Enjoying the view for a moment, I started rolling down the hill and picking up the pace. I used my head to control the game by tilting to one side or the other to lean my character into the corresponding direction. Unfortunately, unlike our experiences with previous games using this system, it was actually quite difficult to control the game properly.

With our previous encounters, using the controllers generally had a very significant level of accuracy when it came to matching your movements. With Luge, I had significant difficulty getting the system to register my smaller movements which forced me to vastly overcorrect. I played through the game pretty much bouncing off of the sides of the course and into the path of oncoming traffic… it is lucky for me that the PS VR system does not come with somatosensory feedback systems or I would be dead. 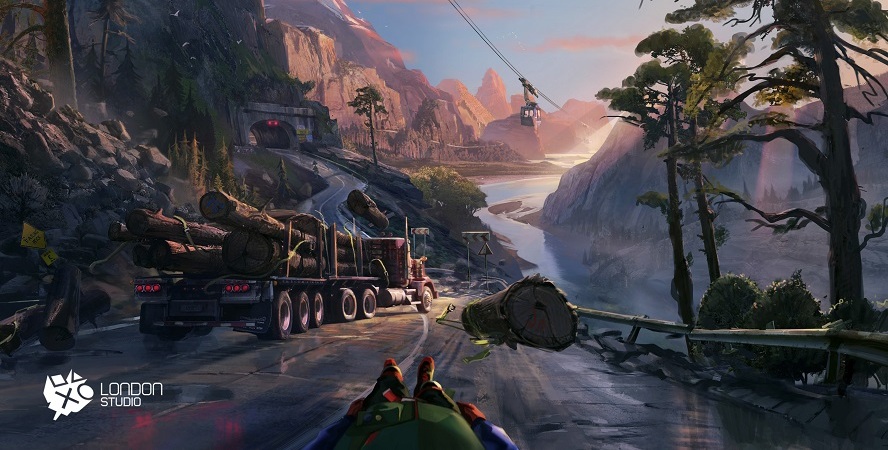 Having watched others play through the same sequence as myself, I can with confidence say that it was not (solely) due to my own incompetence as a gamer that I had difficulty. It appears that, for most of my colleagues, controlling with head tilting missed the mark more often than not. It’s unfortunate that is the case as, up until this point, I have pretty much found no faults with this system when it came to registering head and hand movements.

Descending down the road in-game did give me a chance to appreciate the textures and graphics… which is actually a bit underwhelming. A lot of the edges are quite rough along with the colouring which overall reminds me of the graphical level of games from over a decade ago. It’s certainly not the cutting edge of graphical or visual design. Luckily, you probably won’t notice as you hurtle your way down a hill at breakneck speeds.

Overall I had fun with it for the short time that I had with the game but I don’t believe it will be a game which has much lasting appeal. When compared to other entries in the VR Worlds catalogue, I’d probably stick to London Heist to get my friends excited and maybe try Luge once or twice. 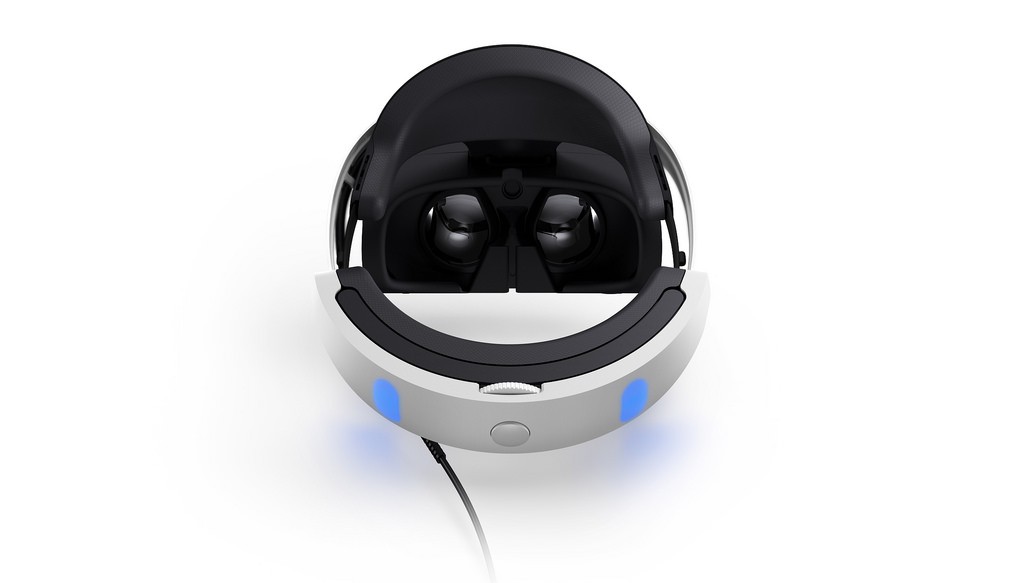 Playstation VR Worlds will be released on the 13th of October of this year. For more of our EB Expo coverage this year, feel free to click here!