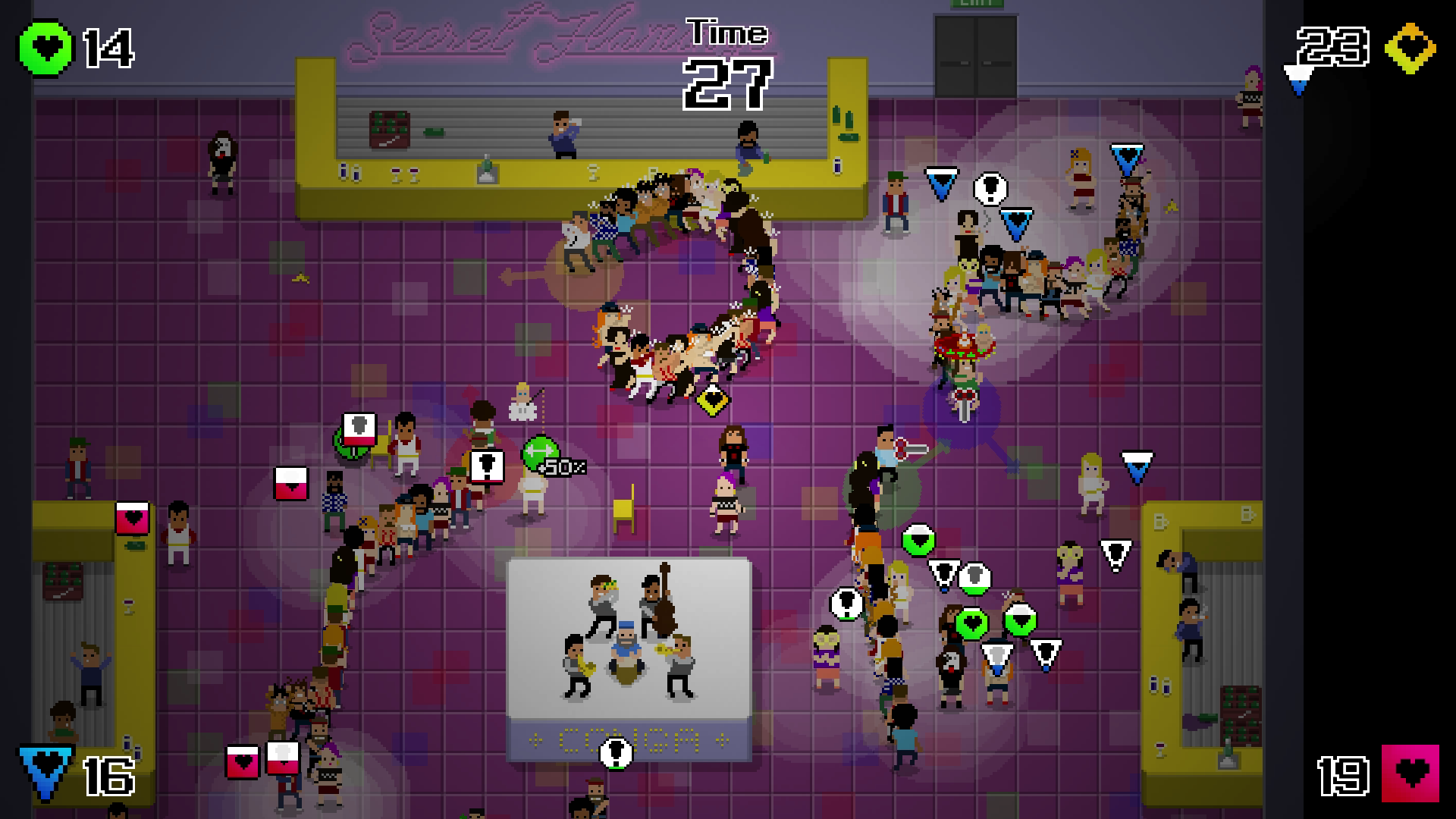 Rising Star Games (One upon Light) and and Undercoders announced the PC launch of their party arcade game Conga Master today. The game pits up to four players against each other to create the longest conga line on the dance floor. Be careful though! While longer lines grow faster, there are plenty of stinky pigs looking to wreck your party and break up your epic conga line. The game features highly accessible controls that use only two buttons, six different multiplayer modes, and two singleplayer modes. At launch, there are 30 characters and seven clubs to play in.

The thirteenth King of Fighters has arrived