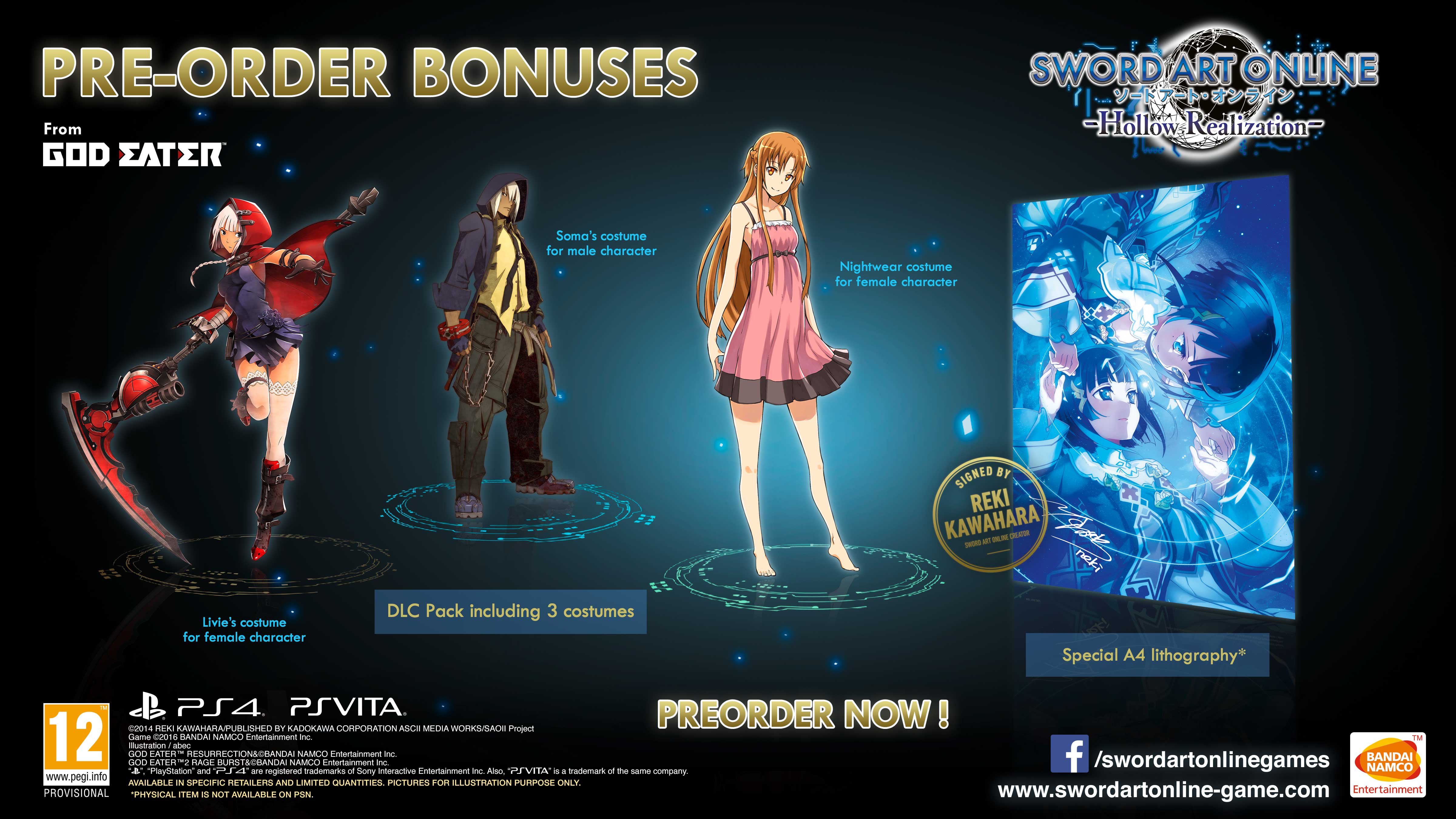 Bandai Namco has announced that they are planning on releasing Sword Art Online: Hollow Realization in North America and Europe on November 8th where it will be available both physically and digitally for the PlayStation 4 and digitally for the PS Vita. Those who choose to pre-order the game in North America will be given a special costume pack featuring “Maid” and “Nightwear” costumes for Asuna as well as some costumes from the God Eater series while Europe will get most of these costumes plus an exclusive A4 lithography signed by Sword Art Online creator Reki Kawahara.

To go along with this announcement a few new screenshots and details have been released for Sword Art Online: Hollow Realization following the Skill Tree System that allows palyers to unlock various skills and abilities that match their fighting style as well as “cosleeping events” that allow the player to improve relationships with characters by conversing with them while lying down. 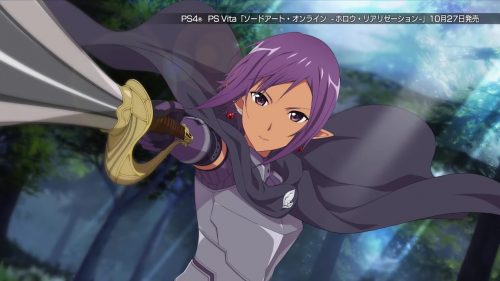