Bandai Namco is continuing with their series of character introduction videos for the thirteen idols that will be appearing in The Idolmaster: Platinum Stars. So far we have seen introduction trailers for Takane Shijou, Chihaya Kisaragi, Yayoi Takatsuki, Haruka Amami, and Iori Minase. Recently the company released a video introducing the first half of the Futami twins, Mami, and now this time they are introducing the second half, Ami Futami. 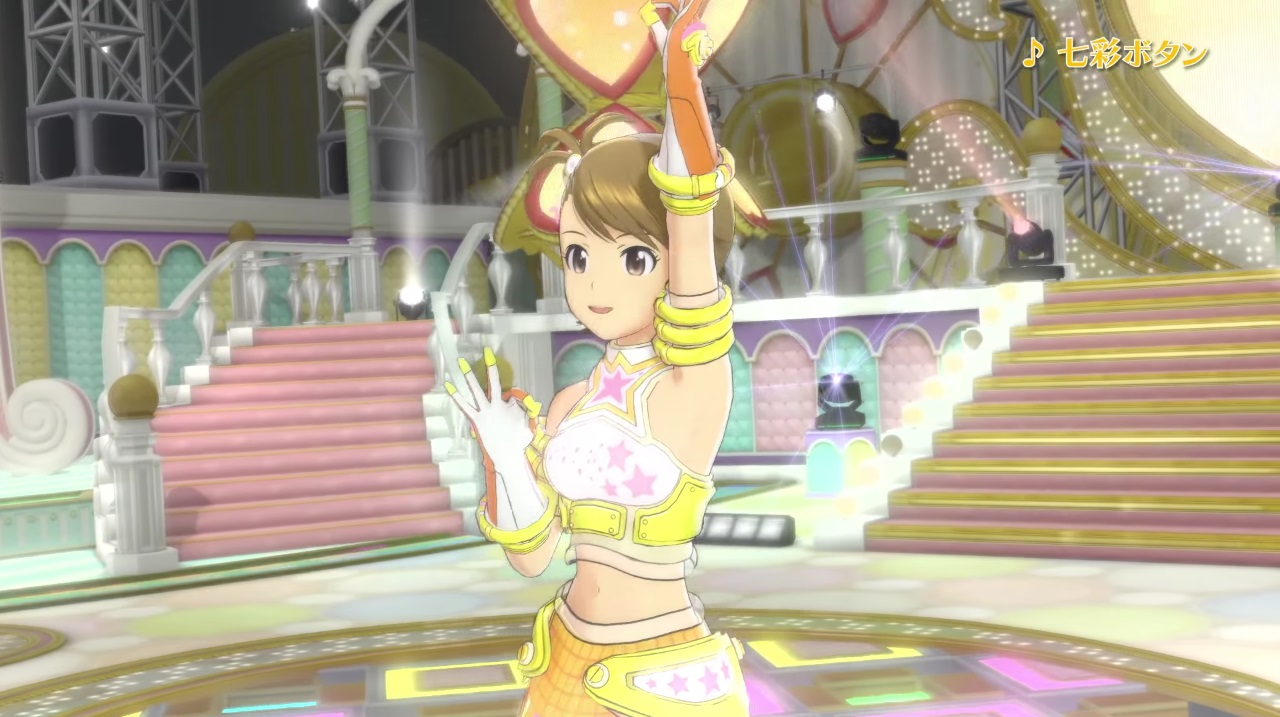 You can check out the highlight trailer for Ami below where a bit of dialogue and a bit of a performance is shown off and as for the game itself, The Idolmaster: Platinum Stars is currently set to be released in Japan on July 28th as a PlayStation 4 exclusive.