Fans of poison type Pokémon will be pleased that they will have a new strange little lizard to add to their arsenal when Pokémon Sun and Moon are released later this year. I say this because a brand new Pokémon called “Salandit” has been revealed and has a rather unusual typing as it is a Poison/Fire combination with a special ability that will be quite useful against those who previously were a bane in poison users’ backsides. The ability is “Corrosion” and it makes it so that every Pokémon can now be poisoned, including Steel and Poison types that were previously immune to the status affliction. 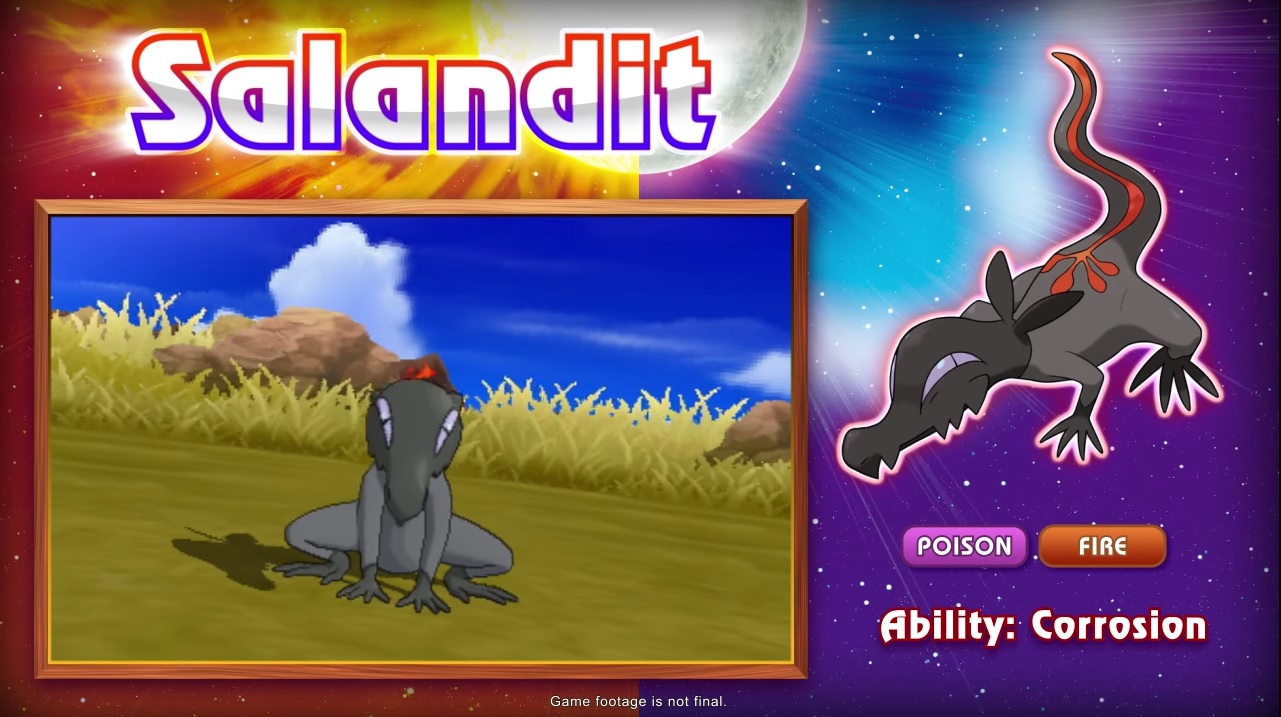 Salandit is described by Nintendo as emitting toxic gas, together with flames, from the base of its tail. This poisonous gas has a sweet smell, and anyone who unknowingly breathes it in will become dizzy. Salandit is not a very powerful Pokémon, but its cunning nature allows it to battle fiercely by throwing its opponents off balance. Salandit females not only release toxic gases, they can also emit pheromones that attract males of all species, including Pokémon and humans. Inhaling these pheromones may cause opponents to be controlled by Salandit’s will. 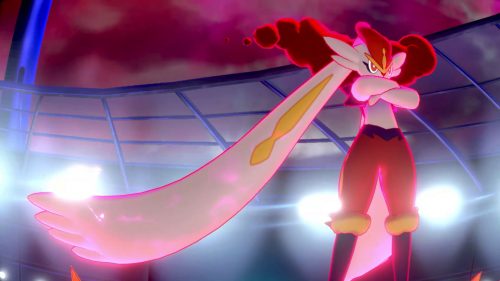