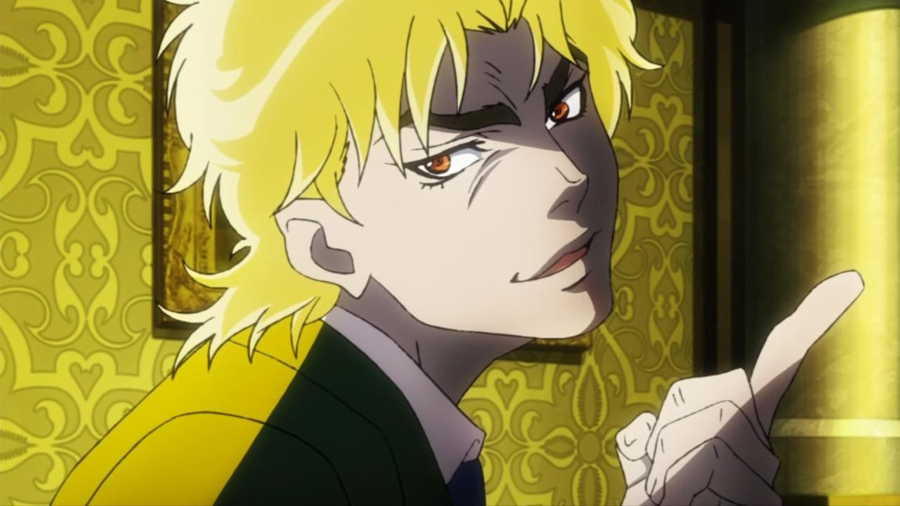 Viz Media announced earlier this month that they had acquired the rights to release Part 1 on Blu-ray. Warner Home Video released the full first season, containing adaptations of Parts 1 and 2, on DVD in North America on September 22, 2015. Both releases include an English dub. Patrick Seitz voices antagonist Dio Brando in the dub.