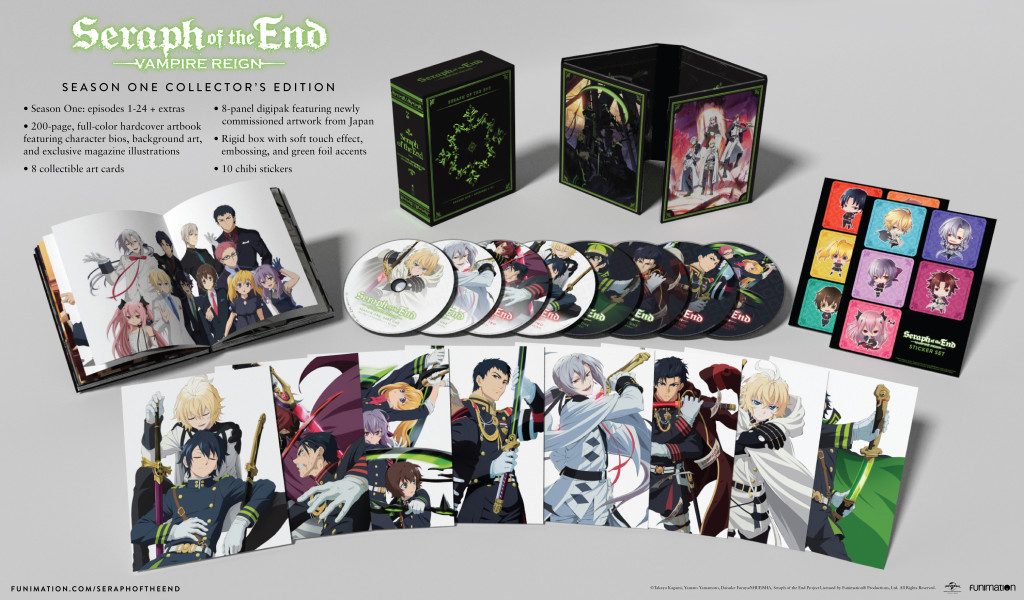 Click on the image to view it in its original, full size.

A post has been uploaded to FUNimation’s blog detailing their upcoming releases of Seraph of the End: Vampire Reign. They released Part One on DVD and Blu-ray in May this year and will be releasing Part Two on September 27, 2016. The cover art of Part One focused on the humans, but FUNimation wanted to depict the conflict between the humans and the vampires using the cover art of their home video releases. They decided to collaborate with WIT Studio in order to create a piece of artwork focused on the vampires. WIT Studio handled the animation production of this series. The featured image at the top of this page shows the two pieces of artwork side-by-side. The left side of the image shows the artwork for Part One while the right side shows the artwork for Part Two.

FUNimation is also releasing a Collector’s Edition of the series on September 27, 2016.

All 24 episodes will be available on Blu-ray and DVD in the Collector’s Edition set that features a large, rigid chipboard box with soft-touch effect, embossing, and green foil accents. Within the box, you will find an 8-panel digipak featuring the commissioned art piece and other art, a 200-page hardcover artbook featuring character bios, background art, and exclusive magazine illustrations, 8 collectible art cards featuring illustrations from the Japanese Limited Edition releases, and 10 adorable chibi stickers featuring your favorite humans and vampires. 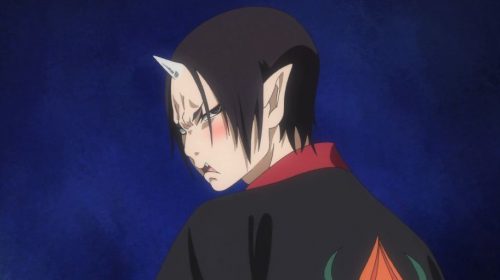