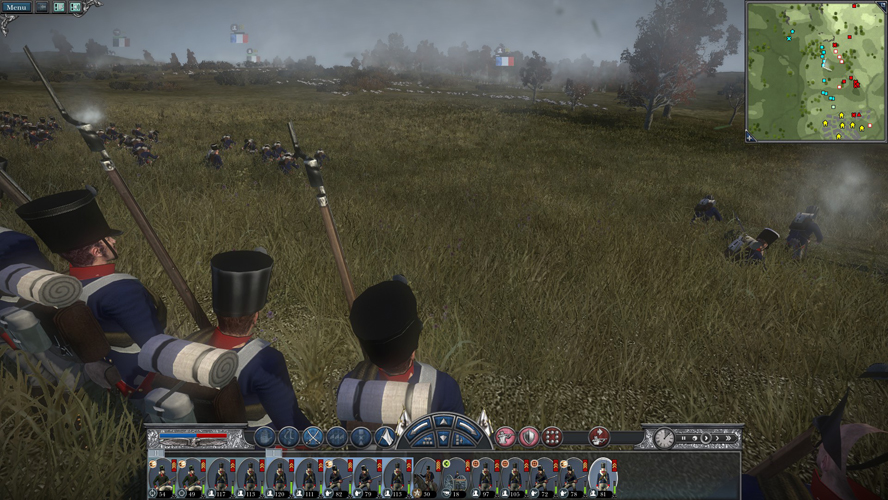 The craziness continues, as freed from the drudgery of the Prussian Staff College, the intrepid narrator once again narrates. Has the Russian bear awakened, surprised, it’s dreams of honey and big, strong, manly grenadiers ruined by Blucher? Has Napoleon realised he has competition? Will the Viking descendants take revenge on Friedrich? Whatever will the rest of greater Germany think?! You can find where this Napoleon: Total War PC Let’s Play began here, and refresh your memory of the part previous here.

May 1805
Friedrich
Copenhagen is ours. The city reeks of smoke from the merchant ships burning in the harbor. I’m writing this from the Christiansborg Palace as I oversee the handover of control of the city. Rumors abound of Swedish columns marching to take their ally Denmark’s old capital, but not enough rumors to be a concern.

The last of the Danish defenders surrendered this morning, handing over their muskets. Standing orders were to immediately recruit them into the city’s defense force, so they weren’t without a weapon for long. They seemed relieved to have kept their lives. I’m no monster, and the city will be easier to keep if the residents feel well treated. Tensions are low.

Which is a relief, since word arrived from Berlin yesterday. Saxony and Thuringia have decided to strike at our poorly defended heartland, and sent a small force to besiege Berlin. I’m going to have to turn my army around immediately and head south, Christ knows we can’t count on Blucher.

The war is already starting to take its toll on our economy. Raids from nation states to the west have been denting our production capabilities, and in order to keep the masses happily marching up to recruitment stations we’ve had to drastically lower taxes. Luckily the upper class seems almost pleased to carry a larger financial burden…blood thirsty mongrels. Still, once they feel the bite of the taxman, no doubt they will whisper in Frederick’s ear to end this foolishness.

Blucher
I’m writing this from Jelgava, Courland. The Russians barely put up a defense, still reeling from the loss of their grenadiers in Warsaw. With fire and fury my men pushed them out of the city, and beyond the river Riga. Scouts report regiments massing in Lithuania, but they don’t yet possess significant numbers to oppose me. 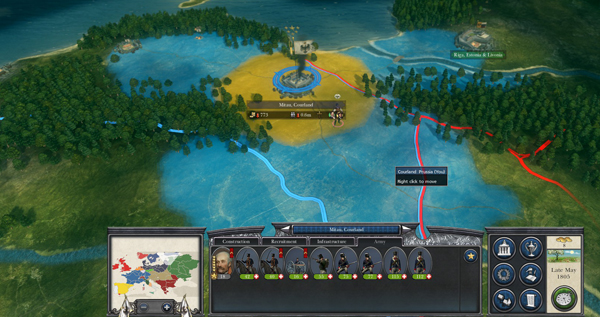 My plan is a simple one. I will strike north, towards Estonia and St Petersburg, in order to cut the Russians off from trade flowing through the Baltic Sea. From there I will swing south, destroy the Russian army in Lithuania, before marching straight for Moscow. The Russians will be cut in half! If they display similar levels of skill as in Poland, this war will be done by year’s end, and I’ll be back in Berlin for Christmas. The plan relies on continued recruitment in Warsaw and Konigsberg, so as long as Saxony and Hessen stay quiet, I can continue my requisitions unheeded.

The defenders in Latvia were barely worth deploying to face. By the time my cannon had finished with them they only stood to a single volley from the line troops before breaking. My hussars ensured very few survived. Luckily a Russian force equal in size to mine threatened me from a secure position on the Nieman River. After forceful application of cannon, aggressive use of riflemen, and the flash of cavalry sabers, they were shattered and sent fleeing back to Vilnius.