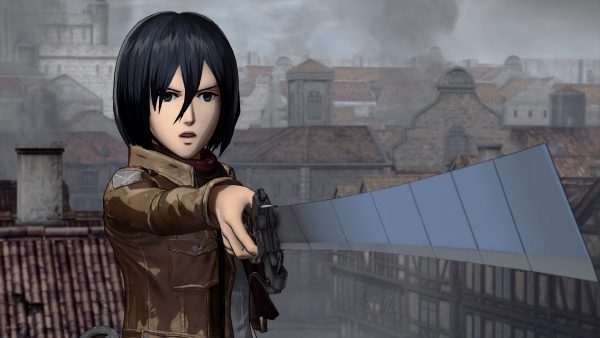 Koei Tecmo has released two E3 2016 trailers for Attack on Titan with the first video giving fans a look at the characters and the story of the game while the second one focuses on showing off the advanced gameplay mechanics that will come into play while fighting for survival.

The company also talked a bit about Eren’s Titan transformation, as he exchanges his ODM gear and blades for immensely powerful fists. You can check out the videos below and as for the game itself, Attack on Titan will be released physically and digitally on the PlayStation 4 and Xbox One, digitally for the PC, PlayStation 3, and PS Vita on August 30th in North America and then on August 26th in Europe under the name A.O.T. Wings of Freedom.