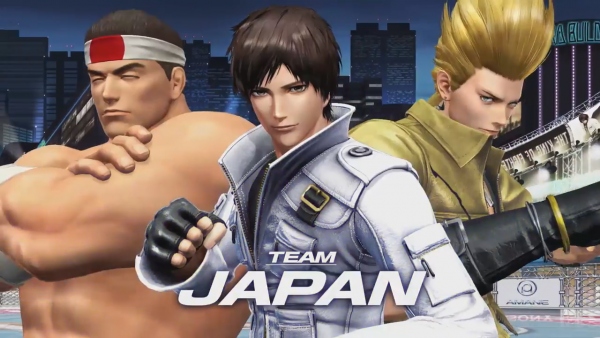 SNK and Atlus USA have released the first in what will be a series of “Team Gameplay” videos for The King of Fighters XIV and what better way to kick things off than by introducing the Japan Team that is made of of Kyo Kusanagi, Benimaru Nikaido, and Goro Daimon.

The company provided a small bit of detail for each of the characters and you can check that out below:

Kyo Kusanagi – Kyo Kusanagi is the legitimate heir of the ancestral arts of the Kusanagi clan. Despite his seemingly rude and arrogant demenanor, he has innate gifts for fighting, and can reduce any of his opponents into ashes via his pyrotechnic skills. Iori Yagami is his “eternal enemy”.

Benimaru Nikaido – Born of American and Japanese parents, Benimaru is a young son of a multi-millionaire family. This genius fighter specializes in shooting and electricity-based techniques. Benimaru is also Kyo’s best friend and friendly rival.

Goro Daimon – Former gold medalist in judo at the Olympic Games, Goro decided one day to improve his discipline by adding new techniques such as “tremendous earthquakes”. He later joined Kyo and Benimaru to participate in the KOF Tournament. Goro always seems to have a very serious expression, but he is a hard-worker.

As for the game itself, The King of Fighters XIV is set to be released for the PlayStation 4 in North America on August 23rd and in Japan on August 25th 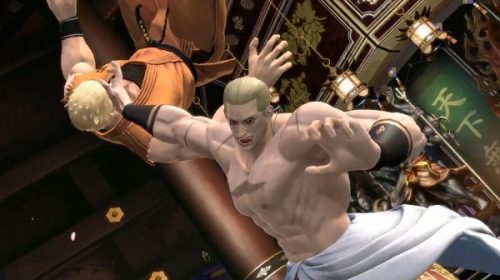 King Of Fighters Android Out Now!