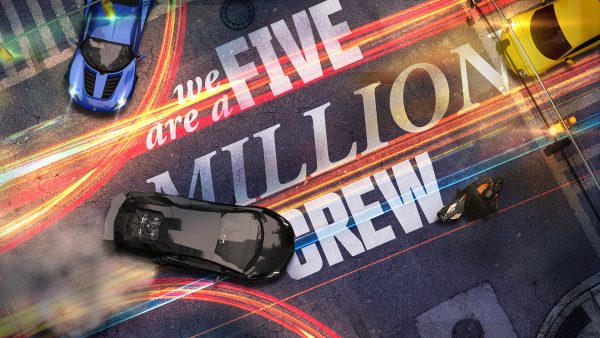 Developers Ivory Tower and publisher Ubisoft are celebrating 5,000,000 players of their open world racing game The Crew and they are including each one of those players in the celebrations. If you play The Crew or The Crew: Wild Run on May 28th, regardless of country, time zone or platform, your account will be credited with 50,000 Crew Credits which normally sell as a micro-transaction for around $7 AU.

It’s not much but it’s free at least. Crew Credits can be used to buy cars, parts and visual customisation for your vehicles. The Crew launched on December 2nd, 2014 but has undergone some pretty big changes in regards to it’s gameplay, visuals and much more, especially with the Wild Run expansion which introduced Bikes, Monster Trucks, Drag Racers and The Summit monthly competitive event.