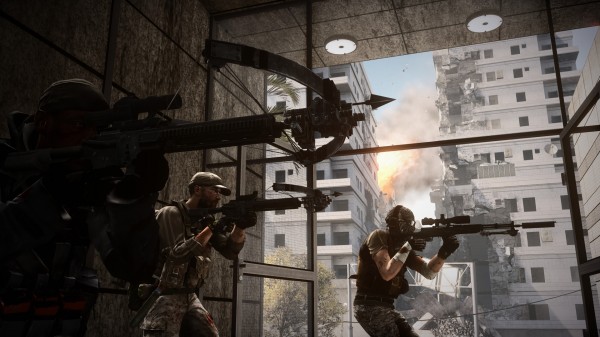 In case you missed it, EA and DICE are planning on revealing the new Battlefield game tomorrow on May 6 at 1 p.m. PT / 4 p.m. ET / 9 p.m. BST and they are calling it the first look at “the future of Battlefield.” As such it shouldn’t come as too much of a surprise that they are also choosing to hype up their player base with a little extra teasing.

That teasing comes in the form of a tiny four second clip through the Battlefield Twitter account. Obviously, as you’ll see below, pretty much nothing is shown in the little clip but it does serve to keep people talking about tomorrow’s premiere.