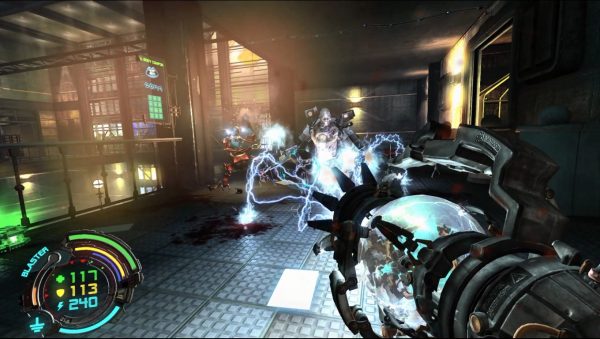 Flying Wild Hog is going back to their roots to update the hardcore FPS that put them on the map with Hard Reset Redux. Ahead of the game’s launch, the Polish indie developers has released ten minutes of gameplay in glorious 60fps 1080p goodness.

Hard Reset Redux is more than just a graphical update. The game has also been rebalanced and new content has been added. There are new enemies to fight and katana has been added to the game, a nod to Flying Wild Hog’s other game Shadow Warrior.

Hard Reset Redux is a single player FPS that pays tribute to old school shooters like Quake. The game is set to launch on PC, PlayStation 4, and Xbox One on June 3rd.