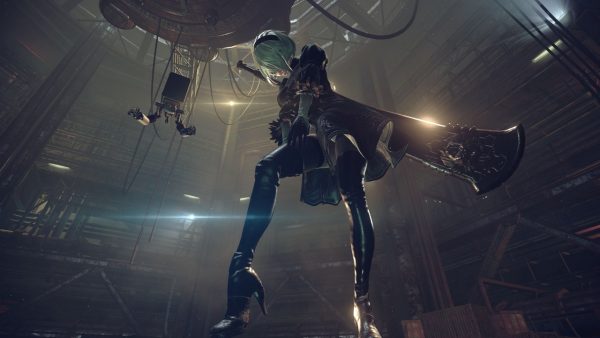 Square Enix held a special event for NieR: Automata recently in Tokyo and during the event they revealed plenty of new gameplay footage for the title showing off how the combat in the game will look as well as a look at some of the new androids that will be appearing.

This includes the already revealed main character of NieR: Automata 2B who is an all-purpose battle android that uses a sword for close quarter combat and fight from range using her “Pod” support system. A male android named 9S possesses the ability to fight but he primarily focuses on investigating and hacking to gather information and A2, a prototype model that specializes in close-range combat but is currently not officially in use but continues to act on her own.