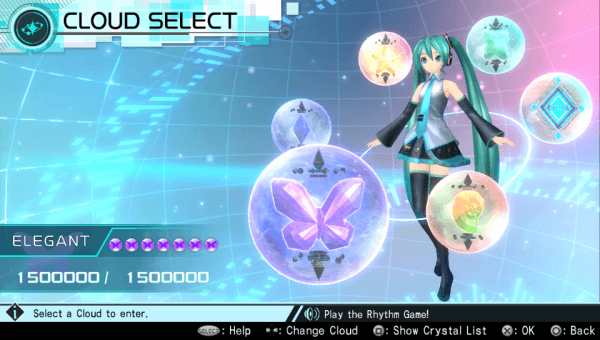 Today Sega had some great news for fans of Vocaloids as the company has announced that they will be bringing Hatsune Miku: Project Diva X to North America this fall where it will be available both physically and digitally for the PlayStation 4 and PlayStation Vita.

To go along with this announcement the company has released a new trailer that can be found below as well as a set of new screenshots. Hatsune Miku: Project Diva X offers thirty songs and three hundred different modules (costumes) that can be obtained after completing songs. This time around the game will feature something of a story mode as it follows Hatsune Miku and her friends taking on various requests as they explore the five “Clouds” that make up the world.