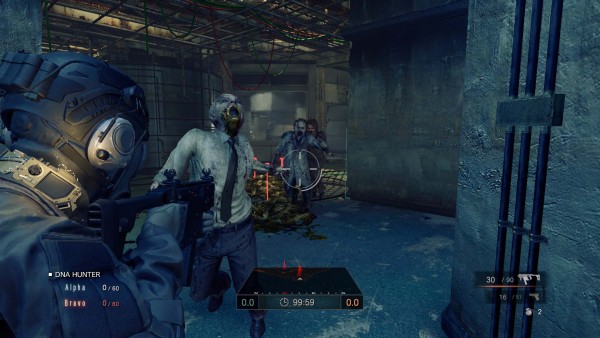 Capcom has released a new batch of information, screenshots, as well as a trailer for Umbrella Corps and the focus this time around is on the Resident Evil themed multiplayer shooter’s various missions offered in the “Multi-Mission Mode” that will be in the game when it is released on the PlayStation 4 and PC sometime in May.

In Multi-Mission mode players will cycle through eight different rulesets at random so team members can consecutively enjoy different gameplay experiences in a seamless way, and provides an expedited matching process for quickly getting into the game. Each of the different mission types can be found below: