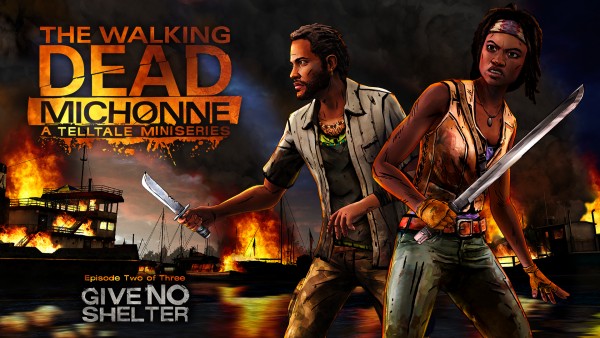 After the first episode was released on February 23rd Telltale Games is sticking true to their word of releasing one episode a month for the three episode mini-series of The Walking Dead: Michonne by announcing today that the second episode, “Give No Shelter” will be released on March 29th for the various supported platforms.

To go along with this announcement Telltale Games released a video showing off the various important choices that the majority of players made in the first episode “In Too Deep.” It seems many of my own choices were in the minority but that being said, as one would expect, there are quite a few spoilers in the video so you should probably avoid watching it if you haven’t played through the first episode yourself.

The Walking Dead Season Two: Amid the Ruins to be released next week