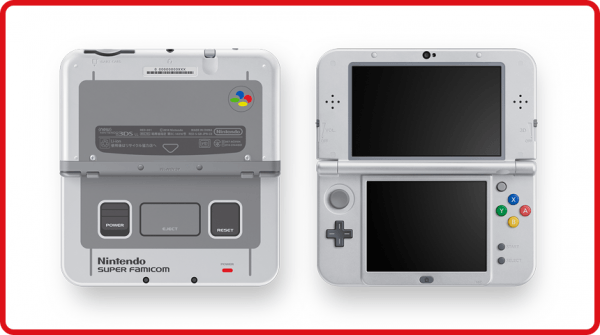 Although Nintendo announced plenty of news for fans of the company around the world, there was a certain little something that they kept exclusive to their Japanese fans which is some unfortunate news for fans of their older game systems. The company announced during the Japanese Nintendo Direct that they will be releasing a New Nintendo 3DS XL system that will feature the Super Famicom/SNES design in mid-April in Japan where it will sell for 21,600 yen.

This is quite fitting since the company also announced that SNES games will be available for the first time through the New Nintendo 3DS, though owners of the normal 3DS will have to upgrade if they want to play them as they are not available on older versions of the handheld.