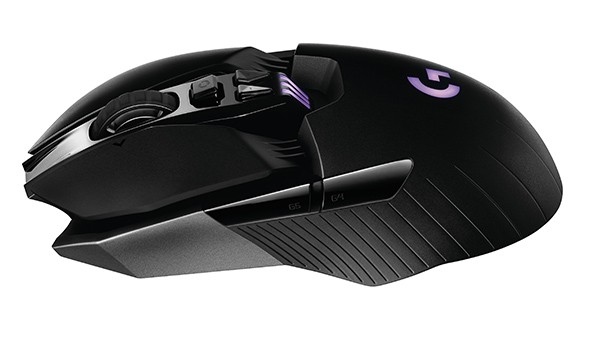 Logitech is expanding their Logitech G gaming line with the new Logitech G900 Chaos Spectrum wireless gaming mouse. The mouse is powered by a 2.4GHz wireless connection optimized for gaming. Logitech says that with their 1ms report rate, the wireless mouse even outperforms their competitors wired offerings. With their clock-tuning technology, Logitech estimates a 24 hour battery life with default settings and up to 32 hours with lights off. The mouse can switch to a wired mode, allowing for use and charging at the same time.

Logitech’s exclusive PMW3366 sensor is used in the G900 Chaos Spectrum. The highly popular sensor can also be found in Logitech’s G502 and G303 mice. The buttons are mechanical, while the body features magnetic button covers for right and left hand use and RGB LEDs. The lightweight design is meant to accommodate a wide variety of grip styles