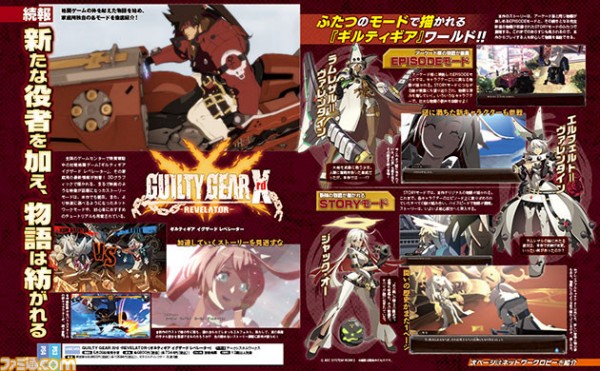 This week’s issue of Weekly Famitsu has revealed a few new details that have been added to make Guilty Gear Xrd: Revelator‘s online lobbies a bit more enjoyable. All lobbies will now be shown in full 3D where the player can move around a field while controlling an avatar and communicate with other players while waiting for a match. There are even arcade cabinets placed in the lobby to give players feeling like they are fighting at an arcade.

Strangely enough, a pond has been added into the lobby and while waiting players can fish in the pond to obtain various avatar customization parts, emoticons, and character colors. Currently Guilty Gear Xrd: Revelator is set to be released in Japan on May 27th for the PlayStation 4 and PlayStation 3 and in North America on June 7th.