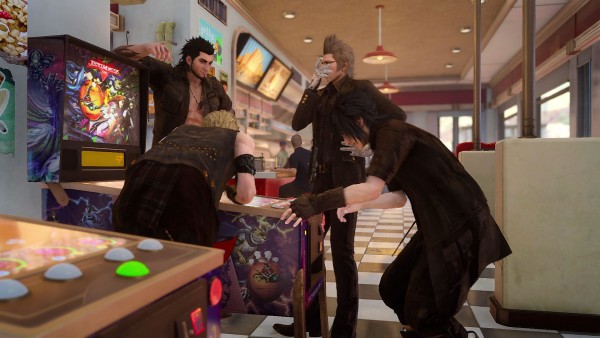 Not only has Square Enix announced that they are making an anime following the main characters while they grow up, a CGI film, and of course the game itself the company has also announced that they are working on a mini-game that will tie-in to the core title. Justice Monsters V is a pinball-style minigame that will feature various monsters from the Final Fantasy series and Noctis and the group will find various arcade machines containing the game in the world.

Outside of the in-game version players also will have the opportunity to play Justice Monsters V on their Android, Android, and Windows 10 devices as it will be released seperately before Final Fantasy XV.