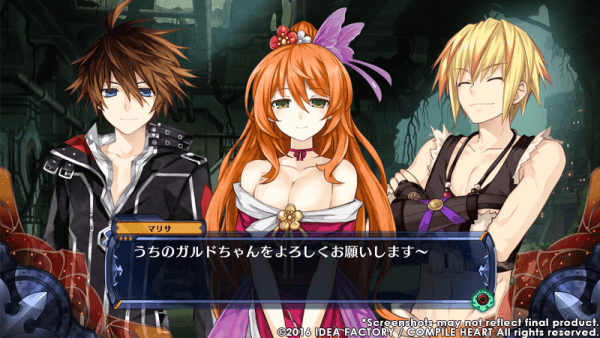 Over the past few weeks Idea Factory International has been releasing details about plenty of Fairy Fencer F: Advent Dark Force characters that fans of the RPG are more than familiar with but this time around they are focusing on a few that may not be so easy to remember, especially since most of them were simply enemies.

The character art this time features Galdo, Marissa, Paiga, Vivian, Marianna, and Khalara and thanks to Fairy Fencer F: Advent Dark Force offering three new story paths, depending on what route is chosen Fang will find himself fighting alongside his former enemies who have now joined his side, such as Marianna. A few snippets of information for these characters can be found below: