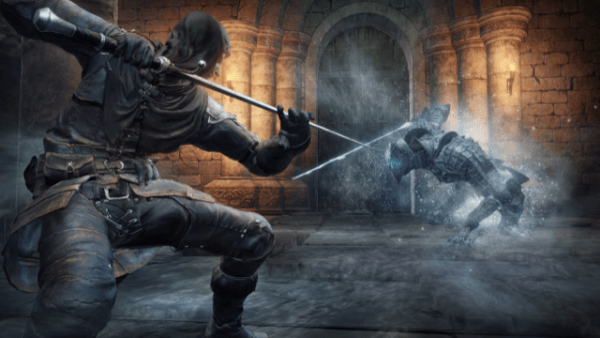 Ever since Demon’s Souls hit the PlayStation 3 in 2009, developers From Software have redefined what it means to be an RPG. With its dark, desolate atmosphere, engaging and varied combat, and downright brutal difficulty Demon’s Souls was a whole new look at the genre. Two years later, it’s spiritual successor Dark Souls managed to refine the Souls formula and create a game that was lauded by critics and players everywhere. In an era of games that hold player’s hands, Dark Souls became the benchmark for games that were difficult while still being fair. Dark Souls II toned back the difficulty ever so slightly and was met its a bit more of a mixed reception but either way was still an excellent addition to the Souls franchise.

Now we come to 2016 and Dark Souls III is a scant six weeks away from release and I got to take a trip down to Namco headquarters to try out the first two hours of the upcoming game. Sure I have gotten to play some demo sections of the game at events like the EB Expo and last year’s Network Beta Test, but now I got to sit down, pick up a controller and play through the game from the beginning. And boy was I ready.

From the moment I stepped into the game and picked my character class (a pyromancer, as a throwback to my very first Dark Souls play through). Everything felt so natural that it was like I had played it all before. From Software have definitely found a gameplay style that works for them and while there are some nuances and new additions to the formula, it is all like second nature for fans at this point.

My favourite new addition to the gameplay is the Blue Estus Flasks. Their name escapes me at the moment but they are effectively Estus Flasks for your magic gauge. Instead of limiting the number of times a player can cast each spell that they have equipped there is instead a blue magic bar (akin to the one in Demon’s Souls). These blue Estus flasks restore magic in much the same way that the orange ones have always done for your health. A cool little twist to this is that you can assign your Estus flasks as you like, so for example if you have 5 flasks you can have 3 health and 2 magic, or if you are not a magic user you can set all five to only restore health. This is such a small change but one that really lets the player get in and build their character to suit their play style. 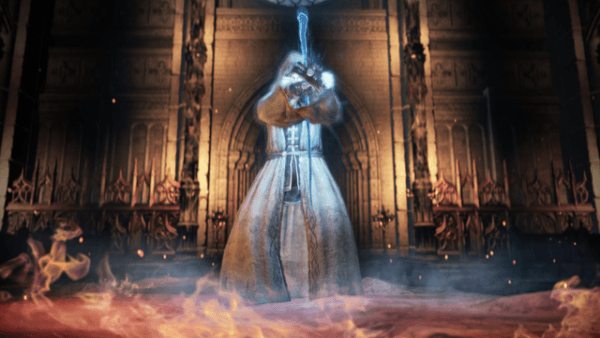 As for the game itself, there isn’t much to say other than “this is definitely Dark Souls” like its predecessors, Dark Souls III is all about learning patterns and pathways and moving through them in the best way possible. One wrong step and you find yourself set ablaze by a giant black dragon, but time it just right and you can use the dragon’s fire to a horde of enemies and take a shortcut through a particularly difficult area.

I also got to face down three bosses during my brief time with the game. I will admit that the humanoid, “giant soldier” bosses of Dark a Souls II were a bit dull and repetitive, but in the first two hours of DSIII you will face a giant undead soldier (ok that one isn’t exciting), a frosty hulking beast clad in iron armour, and a giant tree who’s weak spot are pustules protruding from between its legs. The variety in design as well as the fights themselves and how different they all were really grabbed my attention and was definitely a stand out for me.

I just want to talk for a minute about the aesthetics of Dark Souls III. Now anybody who had played the previous games in the Souls series will be able to tell you that while they look absolutely gorgeous at a glance, when you really focus on the details they are not the prettiest games out there. Well the same is true for the latest instalment, with some textures looking muddy and muted. However while it may not be winning any awards for lifelike visuals, Dark Souls III absolutely oozes atmosphere and character out of every crack, crevice, broken door and decaying staircase. At this point in the series’ lifespan they have managed to absolutely nail the dark medieval fantasy horror setting. Undead enemies with their stretched skin and sunken eyes will no doubt haunt my nightmares for months to come, while hounds from hell look like they are going to leap out of the screen and rip me limb from limb. I really felt engrossed in the game in ways that very few other titles can achieve.

Not only does the game ooze atmosphere but playing on a PlayStation 4, it ran at such a smooth rate that I barely noticed any slowdown or graphical hiccups. This is exactly what you want from a game that relies so heavily on precision and perfect timing, and while later areas might suffer from frame rate drops, if the section I played was an indication of the full game then we have very little to worry about. 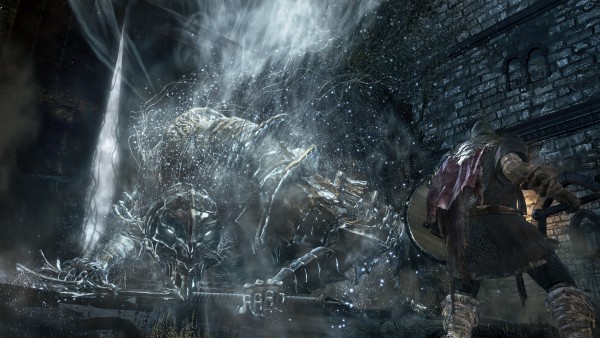 Fans who have spent the last 12 months playing Bloodborne will find some familiar territory in the Undead Settlement area where ghoulish farmers and villagers lash out at you with farm equipment and basic tools. The designs in this area look like they would fit right at home on the outskirts of Yharnam as they prepare to slay any wayward hunter that wanders through. The aesthetic similarities almost feels like an Easter egg and one that definitely works in the game’s favour.
Although I only got a short two hours with Dark Souls III, I am already hooked. This game definitely feels like a huge step forward for the franchise and manages to keep the core gameplay while splicing elements of the other two titles and weaving in a few of its own for good measure.

I for one cannot wait for the full game’s release on April 16th. So if you can’t wait to die over and over again then make sure you stay tuned to Capsule Computers.

Dark Souls to be patched next week to fix online problems